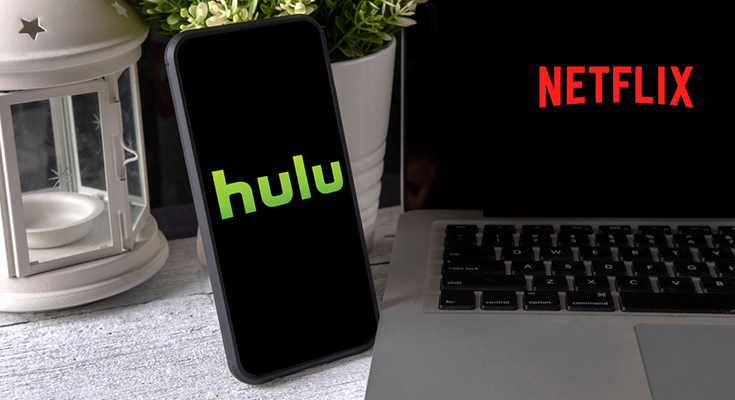 Streaming services are the next best thing in the entertainment industry. There are countless streaming services out there that are the best alternative to cable TV. OTT services like Netflix & Hulu are cheaper than TV packages, they have a better content library, add-ons that help you get better content. It is tough to remember a period before streaming video services. The launch of streaming services took the entertainment industry by storm. Nowadays, it is almost impossible to choose a device that doesn’t support them, especially the two streaming giants, Netflix & Hulu. In this article, we will compare Netflix Vs. Hulu to find out which service offers better content. The Hulu vs Netflix TV content battle has been going on for ages, we have come up with a comprehensive comparison of both the streaming platforms. Read till the end and decide for yourself which is better Hulu or Netflix?

Netflix came into existence 2 decades ago, in 1997 it was nothing more than a DVD rental service that had no late fees. This concept put forth by Netflix was the reason the Movie rental business was booming in the early 2000s. In 2007, Netflix started offering content streaming which became the company’s core business.

Netflix has over 182 million subscribers worldwide as of 2020. over 79 million of those subscribers are in the US itself. About 3 million people still get DVDs. While movies were the main reason once people subscribed to Netflix’s streaming service. Now Netflix has launched a variety of original content. One of the major difference between Hulu and Netflix is the standard of original programming. Netflix now spends billions on original shows and movies.

Hulu started as a similar beast, though Hulu was solely focused on network TV more than movies. Hulu came into existence just a year after Netflix launched its streaming service. It was primarily a syndication engine for its owners, like NBC Universal. Quickly it became the go-to service for finding programs that most major television networks short after they aired on TV.

Right now Hulu is only available in the US. To compare best shows on Hulu and Netflix, we have to compare the shows available in the US only. Hulu does have a knock-off service in Japan, while you can’t even get the original application in Canada. Hulu recently hit the 30 million subscriber mark in 2020. The growth is more than double the amount of subscribers it had in 2016.

Recommended  Tips to Save Bandwidth While Streaming Videos

Hulu’s growth came in 2017 when it stepped into the live TV platform. The Hulu + Live TV platform was launched and it suddenly became a sensation among those who wish to follow live TV on streaming services. This change forced the fans to ask the question “is Hulu better than Netflix ?”

The first and foremost factor in choosing any streaming service is the price you have to pay for it. Hulu used to have a free tier with unlimited shows and advertisements but Hulu has stopped the service in 2016. Now the base price is a flat $5.99.

The price is really competitive, In terms of Hulu vs Netflix price comparison, Hulu wins the race clearly with their base price. Although you will have to suffer through the ads on the base price. If you want, to go for a commercial-free subscription you have to pay $11.99 per month. With that tier of service, you can watch Hulu on only one device at a time, but typically it’ll run on two or three devices at the same time.

You can create up to six different profiles per account and you can even put your account on hold for 12 weeks if you’re traveling out of the country.

Netflix subscription cost is a bit different. As of 2019, Netflix went through a price hike which increased the price of all subscriptions. Now the SD package is $8.99 per month for one stream at one time. HD is $12.99/mo for two simultaneous streams. The HD quality part is all great but that quality is only needed for computers and laptops. If you are streaming on phone then SD is quite fine.

But if you are willing to share your Netflix account with more than 2 people then you would want the four-screen plan that comes for $15.99 which also offers you UHD. If you have a 4K TV then you also need the Fiber internet connection to run the UHD plan on your TV.

Recommended  Daisy Ridley Hints About a Scene In Star Wars That Left The Crew Shaken!

All of the plans of Netflix are ad-free so that’s one primary difference between Hulu and Netflix.

What you want to watch makes a huge difference in the kind of streaming platform you’ll choose.

Netflix used to be all about the movies it offered as it used to be a DVD rental service. Tons of people used to fuss over the ever-changing Netflix movie library. Since the fall of 2010, Netflix has decreased its movie collection.

In the last few years, Netflix has shifted to a much more TV oriented approach. Most of its original content comes in the form of TV shows and seasons that drop one at a time. Each season contains 10-13 episodes that are offered to consumers all at the same time for binge-watching. There is a gap of a few months between each season.

Most of the Netflix original shows work well among the audience and are talked greatly among the critics. Few top titles are Orange Is the New Black, Peaky Blinders, Stranger Things, and much more. Hulu vs Netflix Originals is something viewers have been trying to figure out for years.

Hulu’s original content situation is something that is widely talked about among the users. The best shows on Hulu and Netflix are taken quite well by the audience. Hulu even has a few award-winning original shows.

Hulu was once controlled by three prime TV networks, but Disney is the network provider that controls it now. Individual shows carried by Hulu are not always owned by those networks.

Hulu had a 5 year deal with CW for all original shows. The shows used to be available on the Hulu application just one day after they used to air on the CW network. Now all the CW shows go to Netflix, but not until a week after the season ends.

Hulu is also missing lots of back seasons of TV shows. That being said, if you want to watch the next day airing of Network TV shows from ABC, NBS, and Fox. Over time, even the Original shows like the Handmaid’s Take are getting so much better.

Device Support: Hulu Plus vs Netflix

Hulu also has a pretty comprehensive list of compatible devices, split by those devices that support the new Hulu interface, that came along to help support Live TV. Do your best to find a device that doesn’t support either operating system.

Unlike the earlier times of streaming platforms, you can now download Netflix and Hulu TV content and you don’t have to watch the content being connected to the internet.

Netflix has had a download feature available for a long while, and you can download all the content that’s available on the platform. You can download as much content as your device allows. How long they’ll stay on your device depends on the Netflix licensing agreements. There are movies and shows that you can’t download but the seemingly unlimited content library takes the sting out.

Hulu finally added the ability to download the content in 2019, but you can only download content on iOS and iPadOS. For now, it appears to work with Hulu originals, but not all the titles available on the platform. However there are some drawbacks of the services, download only works if you pay for the ad-free version of Hulu, and you can download only 25 episodes/movies at one time. You get 30 days of storage after you start watching it.

Which Is Better Hulu or Netflix?

Netflix is the overall winner, in the comparison of the pros and cons of Hulu vs Netflix. Hulu does have some great features but overall, Netflix takes the win. Obviously, the winner is mostly subjective, but from a more logical point of view, Netflix takes the win as it offers better services. Let us know if we left out some pros and cons of Hulu vs Netflix.