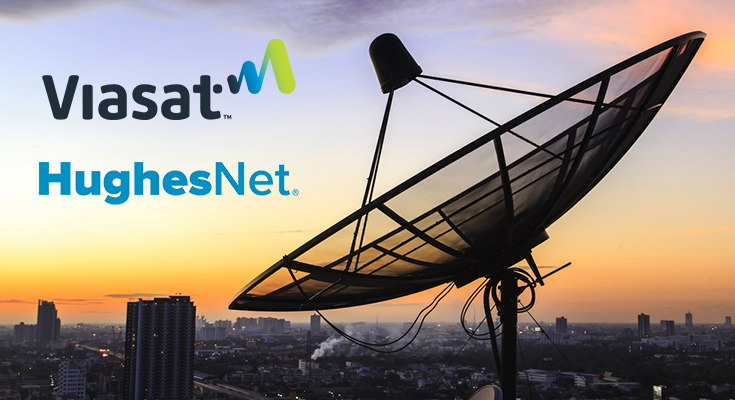 Many things apparently, unlike other connections Satellite Internet has had no significant changes since the ‘80s. The speed is just horrible and full of lags, the only reason satellite internet is still a thing is that it can provide internet to the areas where DSL or fiber can’t reach. Just like your satellite TV, Satellite Internet uses a satellite dish to send and receive signals. Let me assure you the similarities end there. On one hand, you can easily watch Game of Thrones in HD on satellite TV while whereas Satellite Internet will struggle to play even a single episode of BBT.

Recommended  How to Keep Your Child Safe From Online Predators

In 2018, ViaSat made new headlines by achieving download speeds up to 100 Mbps. The speed itself isn’t that impressive but in terms of satellite internet, it’s twice as fast as any other satellite connection. If you are going by speeds, Viasat offers the best high-speed satellite internet.

It also costs almost double when compared to DSL connections. Viasat may have cranked up the bandwidth up a little but the biggest issue still remains, the data travels all the way to space and back to land so the latency and lag are prone to happen.

The best part about Viasat is speed. Viasat only has 5 plans out if which 4 offer unlimited internet but that statement isn’t entirely true. You’ll run out of data somewhere after 200GB. Also When you choose Viasat, you have to sign a 2-year contract and they’ll bump the price after 3 months. The price range for all plans is between $50-$150/month.

Still, Viasat is as good a deal as you will get in the satellite internet world.

The second and the only other provider of Satellite Internet is HughesNet. The only thing that’s HughesNet holds over Viasat is transparency, the plans are simple and pricing is clear and easy to understand. HughesNet’s price range varies according to data allowance, not data speed that’s because HughesNet only has four plans and it offers the same speed across all four, 25Mbps. If you go over your set data limit in a month, then your speed will be bumped down to 1-3Mbps. Which is pretty much equal to torture?

Recommended  Internet Security Basics: How to Keep Your Internet Safe?

The best part about HughesNet is that you don’t have to deal with any surprises after signing the contract. Unlike Viasat, HughesNet is upfront about its plans and policies. Read them carefully before signing up. You can either choose speed and get a price hike every few months, or you can choose low speed, and pay the same amount as long as you’re with them.

HughesNet also has an upcoming 5G plan for its users. HughesNet 5G plan comes with a built-in Wi-Fi option. You can easily connect all the devices in your house at once.

There are only two best Satellite Internet service providers, the competition level is always high. You can always be sure to find the best satellite internet plan between the two service providers. The best part about limited providers is that you can keep a check on all the latest plans. Here’s a list of best plans offered by Viasat & HughesNet.

HughesNet plans may seem more expensive, but they are better for saving money. Most of the plans offer great discounts to consumers, maybe to ease the pain of slow internet. Right now, you can save up to $100 on every new plan you purchase from HughesNet.

We have to give Viasat a win over HughesNet because of speed and data limit, If you are a casual internet user, then HughesNet is probably a better option for you. Choose carefully based on your needs, and yes you will need to brush the snow off the dish every single internet season, so be prepared for that as well. We hope we helped you find the best high-speed satellite internet option.