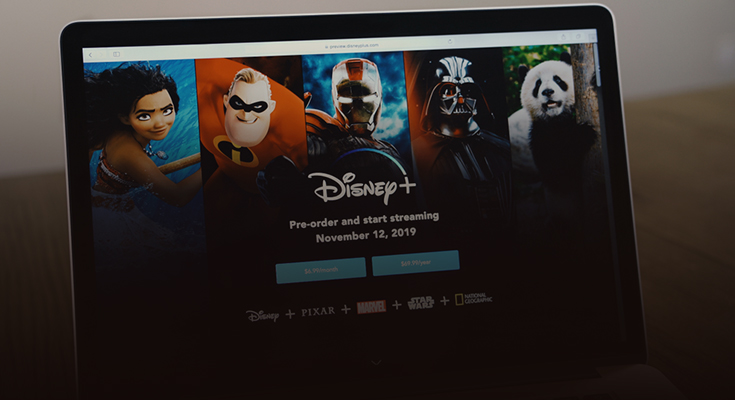 Disney Plus has grown into a whole different streaming service since its launch. Even though it’s not available worldwide, Disney Plus has changed a lot since its launch in November 2019. If things keep on happening the same way, the OTT platform has got a shiny future ahead. It has an immense lineup of TV shows and movies that are loved by consumers worldwide. Users can access all the content from top production houses and movie franchises such as Star Wars, Pixar, Marvel and so much more. Disney Plus can now be identified as the home of original blockbuster entertainment at an affordable cost.

All those who signed up for Disney Plus or those who are planning to do so or those lucky customers that got Disney Plus free with a Verizon connection sit tight. A lot of great things are on their way to the growing streaming platform. We took the liberty of rounding up the best upcoming TV Shows and Movies on Disney Plus.

The Mandalorian had been the most anticipated returning series of the year among the fans. While The Mandalorian season 2 was released on October 30, we couldn’t keep ourselves from putting it on the list. Season 2 follows the events of the first season and it includes the live-action debut of The Clone Wars fan-favorite character Ahsoka Tano. There are a lot of rumored guests for season 2 including Michael Biehn, Temuera Morrison, Katee Sackhoff, and Timothy Olyphant. The Mandalorian is obviously incomplete without “The Child” (Baby Yoda), as the character will play a big part in the series.

After years of fans asking for it, Ewan McGregor will once again put on the Jedi Robes and join the battle against the dark side of the force. Ewan McGregor will play Obi-Wan Kenobi in an unnamed upcoming star wars series on Disney Plus. The shooting was supposed to start in August 2020 but it has seen some push back and the shooting will most probably start in January 2021. There’s not much information available about the series but it will be great.

All the Marvel fanboys can start clapping now, WandaVision finally has a release date and it is all set to release on January 15, 2021, on Disney Plus. According to the trailer, WandaVision will offer strange things to view to the consumers, things stranger than the Doctor Strange movie. Reports suggest that WandaVision will connect directly to the Doctor Strange: Multiverse of Madness. All this sounds promising, let’s see what we will get to see once the series drops. It’s styled like a classic sitcom in the vein of I Love Lucy and the trailer shows that the two characters are trapped in some sort of alternate reality made by Wanda.

As Disney owns marvel, we can expect a lot of superhero content to be dropped at Disney Plus at regular intervals. Anthony Mackie (Falcon) and Sebastian Stan (Winter Soldier) will reprise their roles for the series “The Falcon and the Winter Soldier”. The series will follow the events of Avengers Endgame after Chris Evans (Captain America) hands off his shield to Falcon. There is no fixed release date for the show but it is supposed to be released in Mid 2021.

Recommended  Tips to Save Bandwidth While Streaming Videos

The main concept of the show will revolve around Falcon taking on the mantle of Captain America. Daniel Bruhl and Emily VanCamp are also set to return as Zemo and Sharon Carter for the series. The trailer provides a brilliant sneak peek into the show.

During the events of Avengers Endgame, when Loki made his unexpected escape. The show will reportedly follow the God of Mischief as he influences multiple events throughout the history of the Earth. Loki will be another Six-part miniseries that is all set to release on Disney Plus sometime in 2021. Tom Hiddleston will reprise his iconic role as Loki and will be joined by Richard E. Grant, Gugu Mbatha-Raw, and Owen Wilson.

One of the most anticipated upcoming TV Show on Disney Plus is Marvel’s “What If…?” It is an anthology series that deals with hypothetical situations. The series will explore what would happen if some of the MCU’s biggest moment had played out differently due to any circumstances.

While the release date isn’t known but Disney told that the series will release somewhere in 2021. Hosted by Jeffrey Wright, the series already boasts a massively impressive voice cast filled with Stars from MCU, including Chris Hemsworth, Tom Hiddleston, Josh Brolin, Mark Ruffalo, Sebastian Stan, Paul Rudd, Natalie Portman, and even the late Chadwick Boseman in his final performance as Black Panther.

The story of the movie Soul revolves around a jazz musician named Joe (Jamie Foxx), he takes one wrong step and ends up in The Great Before, a place where new souls develop their personalities and interests before being born on Earth. With a young soul named Tina Fey, Joe will do everything he can to get back to his home. This is an interesting premise and we can’t wait for Christmas to come sooner.