All you Need to Know About Disney Plus: Cost & Content 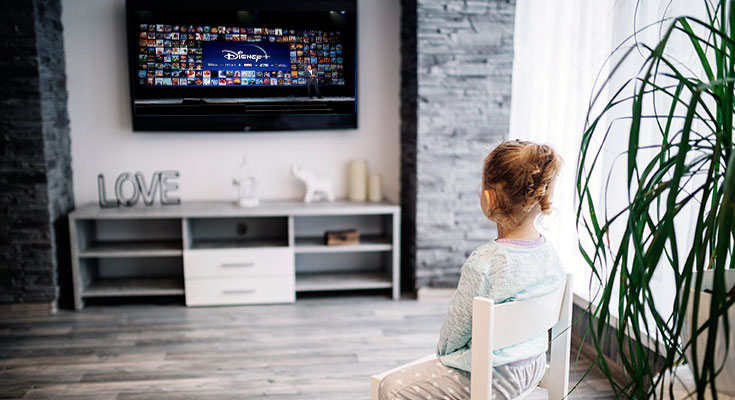 Just the name “Disney” is enough to make all of us nostalgic! All the 90s kids have grown up watching Disney. Ever since the launch of Disney’s proprietary streaming service “Disney Plus” people have been wondering about the type of content it would host! Disney + has constantly been getting mixed reviews from the audience, so we took it upon ourselves to do a thorough research and help people understand if it is worth investing in Disney+.

What is Disney Plus?

In simple words, Disney Plus is a subscription-based online streaming service. The talks for Disney + were going on for a year or two! The entertainment giant finally launched Disney plus on November 12, 2019. Disney plus is the alternative to other streaming platforms like Netflix, HBO Go, and Amazon Prime. All the services have grown at an incredible pace over the years. Disney aims to do the same thing with their brand new streaming platform.

Your choice for choosing a streaming platform solely depends on the type of content that is available on the platform. We all know that Disney has no limit for the content. Disney + includes all the classics such as Bambi, Snow White, and the Seven Dwarfs, Cinderella, The Little Mermaid, Mulan, The Lion King, Tangled and Frozen. So you can bet that you will have a nostalgic trip down the memory lane with Disney Plus. But that’s not all there is to Disney. As it owns Pixar, you can watch all the Pixar classics. Disney also owns Lucasfilm that means you can also indulge in the whole Star Wars saga! Plus Disney also owns Marvel, so all the superheroes are also present on the latest streaming service. So we hope that gives an answer to your question of “What is on Disney Plus”

Built For a Younger Audience

Disney Plus’s original strategy was to make the platform kid-friendly. They kept up on their thoughts, which means you won’t any content on the platform that is rated above PG-13. So if you are looking to a bit more mature content, then you’re gonna have to move towards Hulu as Disney owns that too! Hulu hosts a wide range of content for an audience that is older than the age of 15.

As of right now, Netflix is the biggest player in the field of original content. According to a report, Netflix spends more than any other streaming platform to create original content. Disney Plus will follow suit. The first season of Live-action Star Wars TV show “The Mandalorian” ended, leaving the audience asking for more. So that is probably a good start towards producing original content. Also, Disney has allotted a budget of $1 Billion for 2020 solely for original Disney plus content, which hopefully includes most expected Marvel TV shows. So chances are that Disney Plus original content list can be huge and can compete with Netflix.

Disney Plus’s already large catalog of content will be getting great additions as time moves on. Disney is all set to develop its streaming service as a family-oriented platform that offers something to fulfill the desires of all sorts of viewers.

Disney Plus came to live in the United States, Canada, and The Netherlands on November 12, 2019. It became available in New Zealand and Australia just a few days later. All those living in other regions will have to wait till later on in 2020 to access Disney +. Disney Plans to launch the streaming service in Western Europe, which includes the UK, Germany, France, Italy & Spain on March 31st, 2020. Which will increase the Disney Plus availability. The Central Southern and Eastern parts of America will get access to the service in October 2020. The Asian region will have to wait at least 2 years to be able to access the service. So, in conclusion, the list of Disney plus available countries is short.

What’s the Cost of Disney Plus?

With everything you’ve learned so far we are sure you must be wondering, “How much does it cost to subscribe to Disney +?” The best thing about Disney Plus price USA is that it is very affordable. It costs just $6.99/mo which is almost half of Netflix’s top plan. You can stream the content in up to 4 devices in just $7 and that too in 4K quality. You have to pay $16 to Netflix to do the same. So that’s Disney plus cost US.

You can save even more by paying for a yearly plan. If you opt for a yearly plan, you just have to pay $70 that sums up to just $5.80/mo. You can save even more by bundling the service with HULU and ESPN plus. This will cost you just $13 per month. There is additional good news if you are a Verizon wireless internet user, you can get one whole year of free Disney Plus.

Recommended  Will The Rise Of Disney+ Bring Back Inhumans With Vin Diesel As Black Bolt?

Why Choose Disney Plus?

It is clear that Disney is trying to increase viewership by offering a bunch of benefits. If you’re still not sure why choose Disney Plus, here’s a quick call back:

So now you know all that is to know about Disney Plus and the type of content it offers. What are you waiting for then? Subscribe to Disney Plus now! Also, let us know in the comment box if we missed out on anything.