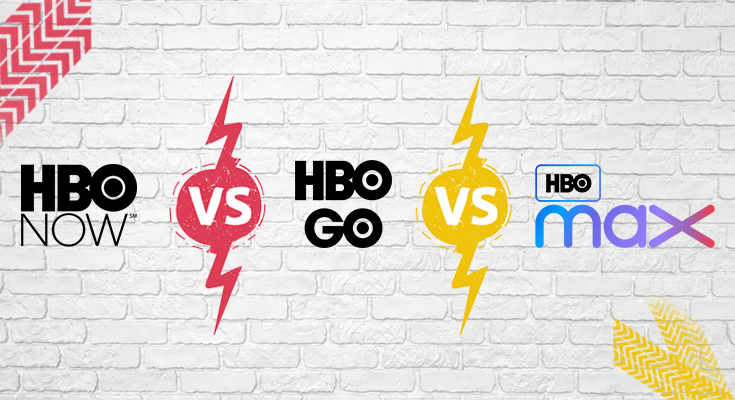 HBO is the home to countless awesome shows and movies and since years HBO has been providing us with unlimited entertainment. HBO needs no introduction, it is one of the first channels that invented the term Premium TV. Now HBO is available almost everywhere, It just isn’t available on a cable network or TV anymore. HBO has its own streaming platform. Let’s compare HBO Now vs HBO Go vs HBO Max so you can choose which service you wish to pick.

HBO Now has been there for a long time as a standalone streaming service. People who prefer the traditional Cable TV/Service can opt for HBO Now. You can stream all the content on your mobile with HBO Go.

HBO Max has been recently launched in 2020. HBO Max is the complete streaming package. HBO Max offers you everything that HBO has to offer. You can get HBO Max for the same price as a regular HBO channel or HBO Now. Let us break down the difference between HBO Now, HBO Go and, HBO Max.

If you are subscribed to any of AT&T’s TV services like AT&T TV, U-Verse, or AT&T TV Now then you can get free HBO for a full year. Before availing the offer you need to keep in mind that this offer is only valid to those who get their HBO services directly through HBO and not through any third party service like Amazon Prime Video. If you are looking for how to get a cheap HBO subscription then check out the link.

Recommended  Apple TV Not Working? How To Fix Your Apple TV?

HBO Now and HBO Max both offer seven days free trial for consumers who want to try the services before buying.

HBO Now was introduced in 2015 and it is an HBO bases standalone streaming service. You can access HBO Now without needing any cable or satellite subscription. The talks of an HBO streaming service have been going on for a long time and after a long time. HBO finally launched its own version of Netflix or Hulu but the service is completely full of HBO services.

HBO NOW has all the shows that HBO has to offer, sports special, and anything else HBO has to offer. With HBO Now you can stream premium shows and movies as soon as they air on TV.

HBO Go has everything from standard HBO, it is a free streaming service that’s available to users who have access to regular HBO subscribers. It requires you to sign in with your cable TV or satellite TV credentials. HBO Go is basically for users who want to stream regular HBO but on their mobile phones and tablets.

“Go” is the operative word in the HBO Go and it simply means that you can get the service on many streaming devices apart from your Mobile and Tablet.

HBO Max was to be named HBO+, but the name would have fit as it offers a lot of features as a streaming service. You get features like Offline downloads and you get all the content that HBO Now and HBO Go has to offer. You also get content from WarnerMedia.

HBO Max is all set to replace HBO Go and HBO Now as it hosts all the content from both the streaming platforms. Why would you pay $15 for the same type of service that offers much less content? HBO Max has the best and its wide content library can easily fulfill your streaming needs.