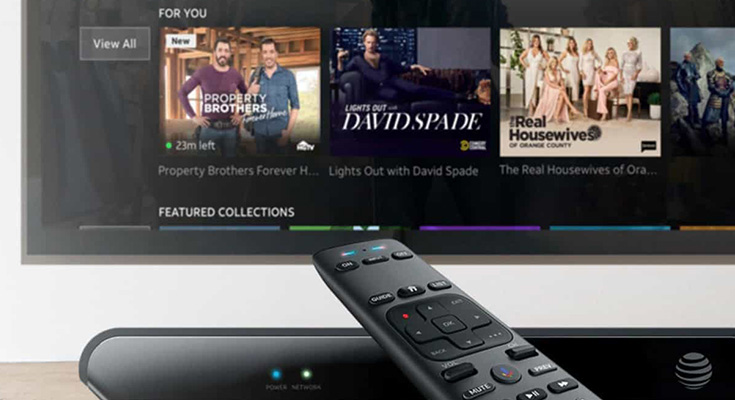 Do you think that AT&T TV is a good cable TV alternative? If you’ve been a lifelong cable TV user then you should find ways to cut the cord, as cord-cutting is the new way of watching TV. Getting rid of your cable TV subscription is now easier than ever as you have the option to choose from a variety of live TV streaming services. Finding a replacement for your cable TV with the right price and the best channel lineup is one of the trickiest things you can manage. In this AT&T TV Review 2022, we will discuss whether or not the service is good enough to replace your cable TV.

AT&T TV as a streaming service recently changed its name and updated its packages. Now the lowest package with no-contractual obligation starts at $70 with more than 65 channels. This puts it close to most cable TV providers in terms of both cost and channel lineup.

AT&T TV, earlier known as AT&T TV Now (DirecTV Now before that) has improved a lot over time. Most of these changes have helped in growing the streaming service by a lot. Although, now the basic plans are more expensive than the YouTube TV and Hulu with Live TV. However, it doesn’t contain the channel lineup that its competitors offer.

For the users who are just starting out with the cord-cutting trend, AT&T TV is probably more expensive than your cable bill. If you’re aiming to find a service that has local broadcast networks and some of the most popular cable channels then AT&T TV can be a good option for you. Read our AT&T TV review till the end to know what it offers.

AT&T TV packages are broken down into two main categories. You can either choose a no-annual contract option or a two-year annual contract. The two-year contract comes with great features such as a bonus of 500 hours of cloud DVR storage and a lower first-year introductory price.

Let’s be honest, one of the biggest reasons for most people switching to streaming platforms is no contracts. So most people will choose no contract plan. Some plans offer regional sports networks while other plans don’t. The kind of regional sports networks that you’ll get with your plan will depend on the zip code you live in. Here is a basic breakdown of AT&T TV price and packages:

For these price points, getting the ultimate or the premier plans is basically like getting a Cable TV Package without a cable box.

If you are to compare the plans with Hulu with Live TV, as it offers 65 channels for $65 per month. You also get access to Hulu’s streaming library and all the original series. YouTube’s own streaming service “YouTube TV” costs $65 as well for 85 channels. Another streaming service fuboTV costs $65 for 120+ channels. The lower-end streaming services like Sling and Philo offer packages for just $35 and $20 respectively.

You may have noticed the lack of gaming consoles like Xbox and Playstation, also the app won’t work on smart TVs other than Samsung Smart TVs. This lack of supported devices puts AT&T TV behind almost all of its competitors.

YouTube TV can be used on both Xbox and Playstations, while Hulu with Live TV supports Xbox and Nintendo switch. If we’re talking about Smart TV support, then Hulu, YouTube, and Sling are all available on LG and Vizio TVs in addition to Samsung models.

AT&T TV is great in a lot of ways. The same can be said for its clean and intuitive user interface. You can find all kinds of guides, search for what you want to watch, and access your DVR recordings as well. During our review of AT&T TV, we tested the app on multiple platforms to get a complete idea of the UI.

AT&T TV has a home screen under the name “Watch Now” which will show you the channels you were watching last or the programs you were watching. Below that, users will find a section known as “What’s on Now” which shows new programs on the platform. Although it’s not clear as to how the app decides what to show in the player.

The individual shows and movies pages are basically empty, it contains little to nothing info about each section’s cast and storyline. So if you’re planning to watch a particular movie, you’ll get nothing but a two-line summary.

You can find other tabs in the interface such as Guide, Library, and Discover. The guide section is where you can scroll up and down for surfing new channels and left-right to see what’s airing now and what will be airing later.

Once the video players start playing, it contains a lot of features such as pause, record, volume adjustment, and turn on closed captions. If you’re watching a recording then you can rewind and fast forward, you can fast forward through commercials as well during some specific programming.

There are several other sections that you can use. However, the complete idea of the interface can be understood by using it by yourself.

AT&T TV’s basic plan comes equipped with more than 65 channels, the channel lineup includes local broadcasts of ABC, CBS, Fox, and NBC based on your region. The cable networks contain many of the favorite channels such as:

While this is just a partial list of entertainment channels but these are some of the top channels a user looks for. If you also need sports networks such as NBA TV and Tennis Channel then you’ll have to upgrade one of the higher-priced plans.

Packages other than Entertainment come with HBO Max. Showtime is included in the top tier package named “Premier”. If you want, you can add premium networks as well as Epix, Movies Extra Pack (with new releases and more), Latino channels, and International TV packages. If you’re a fan of original content then AT&T TV will disappoint you for sure and it doesn’t offer any exclusive originals.

Cloud DVR is a crucial feature of live TV streaming service. When it comes to cloud DVR, AT&T TV doesn’t top any charts. All the plans come included with 20 hours of recordings capability, which puts AT&T TV even lower than YouTube TV with unlimited recording and Hulu with Live TV’s 50 hours of recording. The library section of the application shows you how many hours of recording you have left.

It’s obvious that you won’t be able to record a full series. Whatever you do record, you can keep it recorded for 90 days. You can manage your recordings and delete the programs on the Library screen.

AT&T TV can offer up to 1080P resolution based on the channel and programming you’re watching. Almost all the content you will stream will play at 720P. That’s the standard video quality across all the top Live TV streaming platforms. Sling doesn’t offer any clear idea about its streaming quality, while Philo streams content at 720P and on-demand content on 1080P.

AT&T TV ranks pretty lowly if you compare it with all the other streaming services. It is more expensive than YouTube TV, Hulu with Live TV & fuboTV. That doesn’t mean it’s not a good service as it offers more channels than Philo and Sling.

The two main cons of AT&T TV are the lack of gaming console support and the slow loading time for navigation and playbacks. These days, a streaming service can’t really miss out on not being available on gaming consoles. If we’re being honest, AT&T TV doesn’t have much to impress, it’s got a very long way to go. When it comes to channel lineup, AT&T TV offers almost all the fan-favorite channels. If you compare the streaming service to other options in the market, AT&T TV doesn’t have what it takes to go in the long haul. Few changes in pricing and packages will change the overall usability of the app.