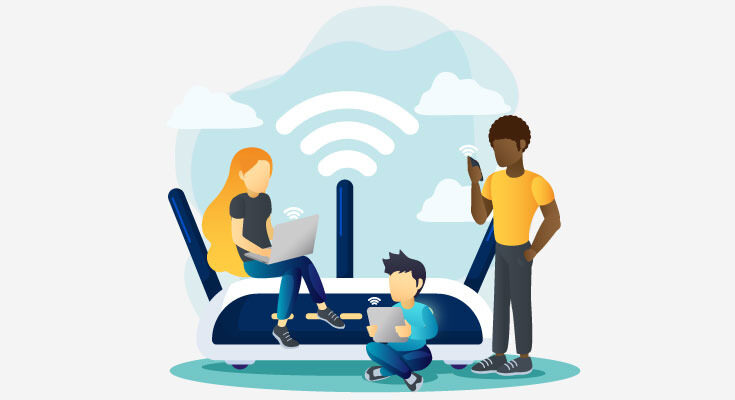 You can’t always sign a contract every time you want internet service. Sometimes you have to move away, or maybe you just don’t like contracts. Either way, the best no-contract internet providers are what you’re looking for. Optimum offers fast packages, and Astound Broadband and AT&T unlimited internet have affordable fiber internet plans. If you have CenturyLink internet plans in your area, you can give that a try as well. It may offer affordable, gig speeds in your area.

With Optimum, you’ll have affordable no-contract cable internet plans and they offer brilliant download speeds. Do keep in mind that Astound Broadband is available in limited locations. However, it still offers some of the cheapest tv internet phone bundles plans in the market.

AT&T and CenturyLink have brilliant fiber internet plans with decent DSL speeds, but they can be inconsistent at times. With both providers, you can also rest easy as there are no scheduled increased prices.

Let’s go deeper into what each provider has to offer:

There are only a couple of internet service providers in the United States that offer no-contract plans. Let’s dive in:

If you want a no-contract plan simply because you hate contracts, Optimum offers some of the best download speeds. Optimum will also give you $500 to leave your current provider and switch over to them. Plus, with unlimited data, you can stop worrying about data costs.

Recommended  How to Keep Your Child Safe From Online Predators

Optimum is one of the biggest ISPs for gaming, all because of its low latency and jitter. You can get the Optimum 300 Plan as it offers 300 MBPS download speeds all for just $39.99 per month. Compared to other providers, it’s a pretty great deal. Compare to other providers such as Xfinity, you can expect to pay up to $50.00 per month

Astound Broadband offers internet service in large cities. While all the plans differ based on speeds, its gig plan is a steal everywhere. Just for $57 per month, it’s one of the cheapest gig internet plans in the United States. If your location has Astound Broadband Coverage, then look no further.

The biggest issue with Astound is its limited availability. Currently, they offer coverage in just 6 cities including:

If you’re in these areas, you can enjoy Astound Broadband’s services.

It is one of the biggest ISPs that’s offering no-contract internet plans. AT&T also ranks in 3rd position out of the top 10 ISPs in the customer satisfaction survey.

Recommended  How to Use a T-Mobile Hotspot? Step By Step Guide

If you’re in an area with AT&T fiber coverage, we suggest you AT&T package deals. AT&T 5 gig internet is the fastest fiber plan in the whole nation, and the best part is that you get simultaneous uploads and downloads on a wired connection.

But unfortunately, if you don’t have AT&T fiber in your area, then you’ll have to settle with AT&T DSL service. Your maximum download speeds will be based on where you live.

You may get decent 100 MBPS speeds or you may get a 10 MBPS plan that’s only good for minimum usage. If you don’t have any other options in your area, then AT&T DSL is still a good service.

CenturyLink offers a lot of the same things as AT&T, straightforward pricing and an excellent fiber internet plan along with a dated DSL network.

The prices are simple to understand as you get unlimited DSL internet for $50 per month or $65 monthly for fiber internet coverage. We’d recommend CenturyLink’s fiber internet plan if it is available in your area. The plan offers excellent maximum upload and download speeds of 940 MBPS, and the great thing is that you get a free modem/router with each plan.

Recommended  Types of DSL Broadband Connection: All You Should Know About DSL Internet

But if CenturyLink hasn’t offered Fiber in your area yet, the only option you’ll have is CenturyLink DSL. As with most DSL networks, CenturyLink’s Simply Unlimited Internet plan has hit-or-miss options.

Based on where you live, you could be paying $50 for 100 MBPS or a 15 MBPS DSL plan. But we’d recommend DSL only if you don’t need super fast internet service.