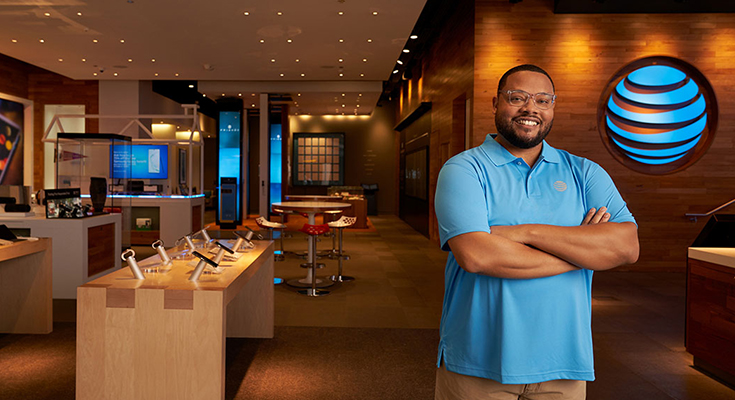 AT&T is one of the oldest internet service providers and it has moved in the range of premium internet and TV provider. Without a doubt, AT&T isn’t one of the cheapest internet and TV providers available out there. Fortunately, there is a wide variety of AT&T Deals & promotions. AT&T offers free HBO, Visa reward cards, and much to customers as a discount. One of the most famous AT&T promotions is the AT&T visa rewards card.

AT&T has a great discount advantage, as in addition to internet, wireless, and internet live streaming TV services, AT&T also owns DIRECTV and HBO, which means it can offer some great DIRECTV Bundles with AT&T internet. There are also cross-promotional deals that only AT&T can offer. Most of them are great for only one year, but AT&T’s services lock you into a two-year contract deal. Do keep that in mind while you check out the top AT&T Deals we have listed below.

There’s no limit to AT&T deals that are available to customers every year. You can choose from the wide range of AT&T TV and Internet bundle deals. Let’s have a deeper look at DIRECTV bundles with AT&T Internet.

Whenever a consumer signs up with AT&T TV, you’ll get a year of HBO Max included (cost of HBO Max per month is $14.99/mo). Make sure you don’t confuse AT&T TV with another live TV streaming service offered by AT&T named AT&T TV Now.

HBO Max, which is a streaming, super-sized HBO with more shows and movies, it is a separate streaming app from AT&T TV. After your 12 months are over, you will have to pay the standard monthly subscription for HBO Max. The offer only applies to AT&T TV’s CHOICE and above plans, which includes the $59.99 ENTERTAINMENT plan. Consumers are also allowed just one HBO account per household.

There are countless DIRECTV and internet bundle deals, but our favorite is the one where you get HBO Max free for one year. Customers can get HBO Max free for a year when they sign up for DIRECTV Satellite service. Same as the AT&T TV deal, this one also applies only towards DIRECTV’s CHOICE All-included and above plans. It leaves out the SELECT package for $59.99/mo and ENTERTAINMENT All-Included which comes at $64.99/mo.

DIRECTV’s CHOICE, XTRA, and Ultimate All-Included plan also come with the three free months of CINEMAX, SHOWTIME, STARZ, and EPIX, all these channels reach up to $125.97 in total savings. When your three months are over, you would be charged for the channels, if you don’t want that then you can cancel these channels before you are charged for another month.

AT&T TV and internet bundle deals are widely famous due to the savings and features they offer. AT&T deals are incredible and quite practical too. As you may already know, AT&T TV requires an internet connection to function. Although it doesn’t have to be the AT&T Internet service, you can use any internet service that suits your needs. But if it up to us, we suggest you pick AT&T TV and internet bundle deals.

You’ll save around $20/mo when you bundle AT&T TV with AT&T internet for the first year. The price for internet bumps up from $39.99/mo to $59.99/mo after your 1st year ends. Here is our pick for AT&T TV and Internet Bundle deals.

DIRECTV and internet bundle deals are widely popular among all the AT&T users. AT&T internet can be bundled with DIRECTV for one year at a discount of $15 per month. The overall savings for the whole year amounts to $180. After that, the DIRECTV plans revert to the standard pricing. Sounds confusing? Let’s take an example, the CHOICE plan that comes from $99.99 per month to $115 per month once the second year starts. Here are the customer favorite DIRECTV bundles with AT&T Internet.

When you bundle AT&T Internet with AT&T TV and DIRECTV, you can also get a $300 AT&T Visa rewards card. AT&T Visa rewards card can be used for anything, you can go shopping and even pay bills with the card. As you may already know, Visa debit cards are accepted in the US, US Virgin Islands, and Puerto Rico. There isn’t a particular deal or package that you have to choose to get the visa card you want.

AT&T deals and promotions make it easier for you to choose between AT&T and other internet and TV providers in your area. Now that you know all about the AT&T deals and packages you have to choose to get them. You can get those packages at an even better discount with the help of Club HDTV. Our team helps you find the best possible packages from AT&T and all the other providers. Pick your plan today.