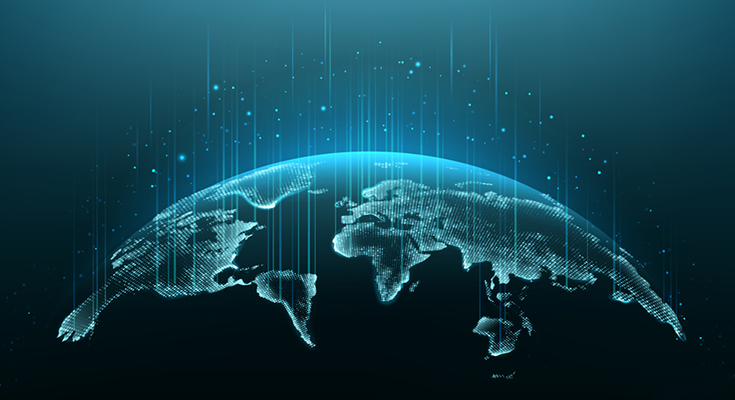 The internet is the stepping stone of your generation. Every single thing you can need is accessible by just a few clicks on the internet. Shopping, entertainment, Knowledge, sports, everything is on the internet. You can talk to your friends sitting thousands of miles away, you can run your business in the comfort of your home and much more. The Internet wasn’t always like that, everything that you can enjoy right now is available through hours of effort and research. Have you ever wondered, who invented the internet? In this article, we will discuss the very interesting history of internet and everything that the internet has made possible for us!

The Internet has given birth to a whole different kind of human generation. A generation that’s completely relied on the internet for every single thing. Some of us can’t even imagine a day without the internet. The internet started in the 1950s as a small scale government-funded project. Let’s read ahead and find out how a small scale project turned into worldwide connectivity.

The Starting Years of Internet

To access the internet and to make it work properly computers were needed. Thankfully the first-ever digital computer came into existence in the 1940s. Ten years later, computer engineers starting connecting computers in the same building eventually giving birth to Local area networks (LAN). Eventually, the idea of connecting people together became the internet we know today!

After the end of the Cold War, the government assigned a group of scientists to create a long-range communications network that didn’t rely on telephone lines or wires. After months of research, an idea was presented under the name “Galactic Network” concept, the idea was simple, Galactic network would allow anyone with a computer to access information any time and anywhere. Eventually, the idea was renamed to Wide Area Network (WAN) and the process to perfect the WAN gave birth to the process of creating the internet.

By the middle 1980s, the growth of the internet and the introduction of TCP/IP hinted that the technology was about to go mainstream and general people would be able to access the internet with ease. However to make the Internet available to normal users needed a lot of coordination among multiple parties to ensure the smooth working of the internet.

The government of the USA made a new organization named NSFNET to be the backbone of all the internet related operations. The backbone was designed to connect multiple supercomputers across the USA to support the internet usage of the higher education community. Slowly, the internet began spreading across Europe, Australia, and Asia. The infrastructure required to access the internet was costly so the users of the internet were limited, people in the academic research field were usually the ones who used the internet. That’s everything about the internet of the past! The future of internet service was about to change soon!

By the late 1980s and early 1990s, several private computer networks came into existence for commercial use. Businesses that used internet services only used to Electronic mail (Email). The Internet was primarily used in offices for Email only! The first-ever commercial internet service provider in the USA was “The World”, the company was launched in 1989.

In 1992 the US Government passed a bill that made it easier for commercial networks to connect to those who were already in use by the Government or research community. This shift caused NSFNET to be replaced as the backbone of internet operations in the USA. Commercial access points and other pieces of technology became the bridge between global internet connectivity.

What is WWW (World Wide Web)

The internet changed for good in 1989 when Tim Berners-Lee from the world-famous European Organization for Nuclear Research (CERN), invented the World Wide Web. If you are wondering what is WWW, then it is most of the internet. All the documents available on the internet are stored on WWW or “the Web servers”. These documents are identified and distinguished by URLs. Berners Lee also invented the first browser WorldWideWeb. Many browsers came into being after that, one of the most famous ones was known as Mosaic.

The release of Mosaic in 1993 became the reason for the rise of internet users in the USA. The reason was simple, it allowed people to access the internet from their homes or office computers which were also being easily accessible during this period. In 1994 the founder of Mosaic browser launched Netscape Navigator which became your first-ever mainstream browser along with Microsoft’s internet explorer.

The Age of the Internet

All the bans on commercial use of the internet were lifted in 1995 and that is why the history of internet is so interesting, it has multiple moving particles coordinating with each other to make the internet possible. In 1995 there were 16 million people worldwide who were connected to the internet. By 2000, that number grew to 300 million and by 2005 almost one Billion people were using the internet. Today, there are almost 4 billion internet users across the globe.

Recommended  T-Mobile 5G Home Internet: Is It Worth The Hype?

Hopefully, in the upcoming time, more and more people will be able to access the web and open themselves up to the opportunities that are available to everyone on the internet.

Growth of the Internet

In the brief history of internet service, we have learned that constant efforts are being made to make the internet service faster. In the early years of the internet, you needed a telephone line connected to your computer to access the internet. The downfall was that you could either use the internet or Telephone at one time. So, you would be temporarily cut off from the internet till someone is on the phone talking to someone. With the growing number of users, the need for faster internet speed grew. As a result, internet service providers started using Cable Lines and Direct Subscriber Lines to deliver high-speed internet connectivity. Till 2004 half of the wold’s internet users had access to fast broadband speeds. Today the majority of people have access to the broadband network in the USA, around 3 percent of people still use the outdated Dial-Up connection. That’s everything about internet, we hope after all this you know who invented the internet.