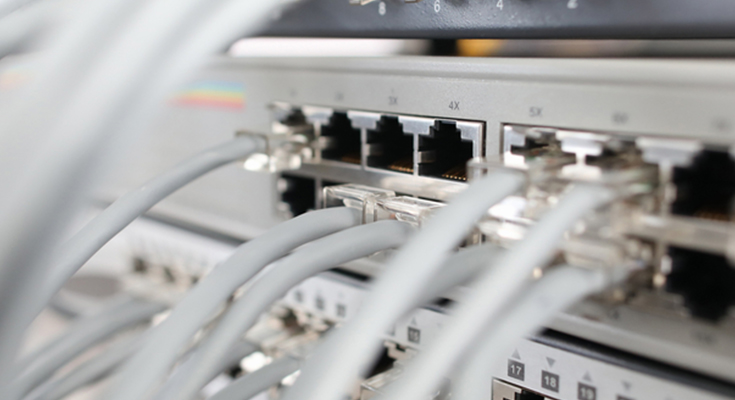 If Fiber internet and High-speed cable connectivity haven’t reached your doorsteps yet then Choosing a DSL internet Service provider may be your only option! You may be thinking to yourself “DSL connection is so old school” but that’s what you’ll have to survive on if you live in rural areas without Fiber internet connectivity. Plus having a DSL internet connection isn’t that bad. Some of the Top DSL speeds rival cable connections, so you still have hope!

But, how do you figure out the best DSL internet for rural areas? That’s hat you are here for! Welcome to the ultimate list of Top DSL internet providers.

How We Choose the Best DSL Internet Service

The best DSL internet Service provider may very well be the only one in your area. This list contains the top DSL internet providers that most people will encounter, like AT&T, Verizon, CenturyLink, Frontier communications, etc. These providers offer services to more than 10 million customers across the country. So you’re very likely to run in any of these DSL internet service providers during your hunt on the Internet.

AT&T is one of the oldest internet service providers in the USA, so it’s not a surprise that you’ll run into AT&T while searching for the best DSL internet service. According to AT&T, their DSL speed goes somewhere in between 1- 10 Mbps, but our research clearly shows that speed tops out at 8Mbps. The max speed is enough for two users surfing the web at once. This speed is faster than most of the DSL internet connections available out there.

Recommended  How to Submit a Complaint to FCC against Your Internet Service Provider?

The best part about choosing AT&T is that you won’t have to deal with any hidden costs, AT&T is very clear about their prices, taxes, and fees. If you’re gonna choose AT&T then you should know all about its benefits and drawbacks. AT&T is one of the three major DSL internet service providers in the USA to enforce a data limit. You will have to pay an overage fee once you go over the limit of 1TB per month. According to AT&T data calculations, you can do everything you want to do for a month and still would be left with a lot of data at the end of the month. So, that’s a relief.

Verizon is a well-established internet solution provider and the top reason for choosing Verizon is it’s “No contract clause”. This gives the users a lot of flexibility as you can move your home or switch to another ISP without worrying about paying huge sums of money. Also, Verizon offers you a Sky-high data limit. Verizon has raised the bar and offers 1.5TB data every month. If 1TB was more than enough then guess what you could do with 1.5TB data.

The worst part of choosing Verizon is that it’s a tortoise when it comes to DSL speeds. Verizon ranks the lowest in the list of top DSL speeds. This slow speed won’t work well with all those who love binging Netflix all day long. But there’s no contract so you can leave whenever you wish to.

Recommended  Who Invented The Internet: Brief History of Internet Service

CenturyLink has a policy that is loved by all. CenturyLink’s price for life guarantee is a great option for everyone. Whether you are on a constant move or stay in one place. The downfall is, that you’ll have to sign up for a phone bundle plan. CenturyLink only offers DSL internet service with a phone bundle. But a wide variety of plans, high download, and upload speeds and constant price for life is what makes it worthwhile. But all these benefits come with a little downgrade, you only get 600Gb data allowance per month. Which is more than enough for two users.

Frontier very clearly boasts about its unlimited data allowance. Unlimited data means you can stream as many HD videos as you want. Your data usage will be kept in check but you won’t have to worry about overage fees. Frontier Communication’s speeds are average but they can handle all the activities you throw at it.

The only thing that’s bad about Frontier communications, is the customer satisfaction rating. Frontier Communications is one of the worst providers in the customer satisfaction department. So, if you’re willing to take a chance because of Unlimited data. Then Frontier is your way to go. Also, Frontier has a very lengthy contract. If you have no problem being committed to a phone plan for two years then you can opt for Frontier.

Windstream is a provider that offers the most flexibility. Windstream doesn’t have any contracts, phone plans or data caps which means you are free to use your DSL internet service any way you wish to. Out of all the providers in this list, Windstream gives you the feeling of freedom the most. Windstream’s top DSL speed maxes out at 12 Mbps which means you can stream “The Witcher” while your roommate goes on a laughing spree while watching a Sitcom.

Recommended  Deciding On Satellite Broadband Provider? – Here Is How You Do It!

With Windstream there is no clarity about the plans, the plan pricing is transparent but the additional fees and taxes are kept in dark which doesn’t work out too well with most of the consumers. Also, you may experience slow upload speeds but that is something you can expect out of top DSL internet service providers.

Getting The Best DSL Internet Service For Your Home

To go through the task of choosing one provider out of the top DSL internet service providers can be tiring. The first thing you should do is evaluate your internet speed needs. If you are clear on that then how much can you afford? The next step is to choose whether you wish to have a contract or you don’t want to be bound to a contract. Once you are through these steps you’ll have yourself the best DSL internet for rural areas.