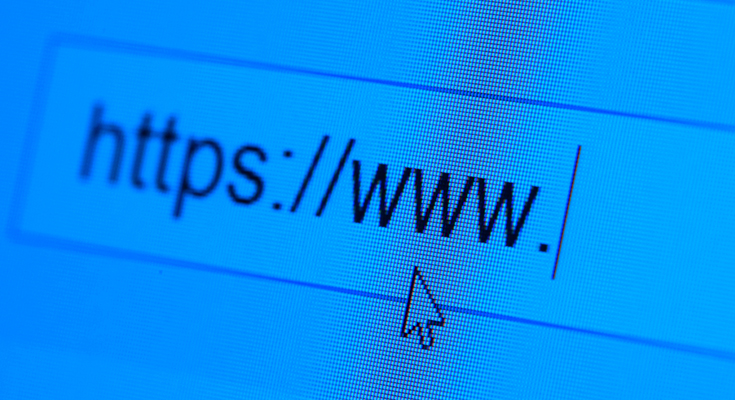 High-speed internet connectivity is what allows us to find the information that we have been searching for. In this article, we are providing you with a complete history of domain names and the internal workings of the internet. Read till the end to learn about one of the most important parts of the internet world.

To keep things interesting, we have some interesting facts about domain names to pique your curiosity. Here are some facts that we absolutely loved:

What Is A Domain Name?

In layman’s terms, a Domain name is basically a label for any website. It describes the location of a specific file on internet servers. Domain names are often broken down to make it a bit easier for the users to find a specific location on the internet.

Whenever you type in a URL into your web browser, the program knows what to find and where to find it. Your browser points to the direction based on what is at the end of the URL you type in. Whether it is dot com, dot org, dot co.

Recommended  How to Do it Yourself? AT&T Internet Installation Process

Based on the information that is at the end of the URL, your browser finds an internet advisor. Once inside the internet advisor: ”folder”, the browser will search for the file that’s associated with the name that you’ve typed in the address bar.

Based on where the text falls on the internet, it will lead you to one specific location known as “IP Address” or a collection of multiple locations. All the different pages of a website registered under a specific domain name would be broken up in different parts.

All the rules regarding domain names, their creation, use are governed by an entity named “Domain Name System” or DNS. The DNS has served as the most vital part of the internet since its beginning in 1993.

The History of Domain Names

How domain named became such an integral part of our lives comes from the early days of the internet and DNS. Below we have marked all the important dates in the history that led to the creation of domain names.

Unlike common belief, the internet didn’t just come into existence 20-30 years ago. Internet became available to public use in the 1990s but the work to make that happen began decades ago. In 1958, the United States Department of Defense issued a directive. Which led towards the creation of the Advanced Research Projects Agency (ARPA). ARPA was given the task to develop a communication network that could not be intercepted by outsiders. This was crucial given the fact the USA was in the Cold War with the Soviet Union.

In 1965, few researchers in Massachusetts and California connected two computers and used them to communicate with each other. This gave birth to the first-ever Wide Area Network (WAN). Over time the technology improved by adding “Packet Switching”, eventually more and more computers were added to the ARPA’s network which became the first-ever network known as ARPAnet. That was the basis of the internet as we all know today.

Recommended  Cable Internet vs Satellite Internet: Which One Should You Choose?

Soon after the creation of IANA, the internet faced a problem. The network’s growth after 1965 meant a number of addresses created to help people reach their specific location became too long, complicated, and difficult to remember. Noticing as the internet was headed for more mainstream use, a new system was required. The National Science Foundation (NSF) was created and funded the Internet Assigned Numbers Authority (IANA).

After a decade or more of growth in the number of internet users across the globe. It became clear to the developers that a new system organization was needed. Paul Mockapetris invented the Domain Name System and made the groundwork for how it should look and be implemented.

This became the foundation for what would come in the following years. The implementation of a system of internet organization based on domain names that could be more easily understood and used by humans, not numbers. Which seems more appropriate for computers.

4. The First Domain Name Ever Registered Was

Shortly after TLDs were made and announced, the first every domain name (symbolics.com) was registered. It was acquired by a software company by the same name. The domain name launched a whole new era, though symbolics.com was the sole domain name in the early days. Five more companies joined the race with symbolics that year. The chosen domain names were bbn.com, think.com, mcc.com, dec.com, and northrop.com making these the first websites on the internet.

With the DNS system now fully in works, the internet was on the verge of worldwide use. The final push was just along the corner as Tim Berners-Lee made his way to the European Organization for Nuclear Research (CERN), to work on the WWW.

The goal of the project was to create a system that would make the internet go mainstream. Its result was a network in which data was stored on servers and identified with URLs. These URLs which we all know today as were designed around the domain name system.

The WWW brought together the many different parts of internet construction. Its final piece, the web browser officially made the internet revolution.

6. The Domain Registration Is No Longer Free- 1995

Although the concept of domain names had been around since the early 1980s, the domains that were registered early were free of cost. Before DNS System was put into place, just 6 domains were registered.

However, the World Wide Web unveiling and the invention of the web browser changed things. Domain names are important to the URL system used by the web. As a result, domain registration grew considerably in 1993 & 1994.

7. The Truth In Domain Name Act Is Passed

With the growth of the internet, domain names became an increasingly important part of the system. With the growth of domain names, the need to protect people also grew. Several regulations were passed to protect the privacy of the people but the most relevant one was the Truth in Domain Names Act. This prevented website owners from using domain names similar in spelling to other names to save the name from being misused. This was an incredibly crucial development in the fight to keep the internet a safe space.

After all the developments and changes in the world of the internet. The data in the first quarter of 2020 showed that over 370 million domains were registered. This represents a 1.2 percent increase from the year before. This data shows that the internet and the domain name that is used to access it is still as popular as ever.

43 Comments on “The History of Domain Names: Story of the Internet”