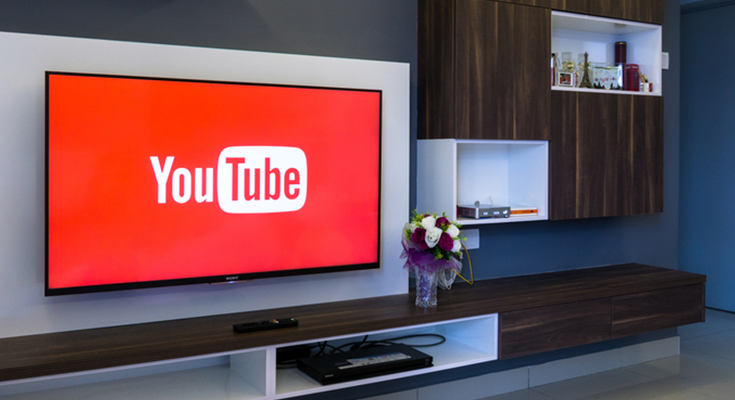 YouTube TV has recently bumped up its price from $49.99 to $64.99 a month. However the price hike isn’t in vain, YouTube TV also added a ton of entertainment channels. This makes YouTube TV Channels list incredible. While the service is a bit more expensive, we believe YouTube TV is worth its features and performance. Read this YouTube TV review till the end and decide it for yourself and the pros and cons of YouTube TV.

YouTube TV’s biggest advantage over other live TV streaming platforms is the familiarity of the platform. It is one of the main pros in the list of YouTube TV pros and cons. Users have been using YouTube for years ad that’s why YouTube TV is comfortable for most customers.

New YouTube TV subscribers can get the new Chromecast with a Google TV device. The device comes at $49.99 upon making the monthly payment of $64.99. Users should keep in mind that the offer is good for a limited time period till the stock lasts.

Unlike other Live TV streaming platforms, YouTube TV has just one plan. It offers all types of preferable cable and local channels. One thing you may not know about the YouTube TV channels list. Based on your location, you may get somewhere between 85 to 90 channels. Read this YouTube live TV review till the end decide whether or not you want to choose the services.

YouTube TV’s mix of live streaming entertainment, sports coverage, and news channel makes up for an exciting lineup. While it isn’t much different than your average cable package. YouTube channels TV shows don’t include the filler and bloat up channel count. Instead, you get a tight channel lineup of all the fan-favorite entertainment, news, and sports channels. You get selected channels like Comedy Central, MTV, Paramount Network, Cartoon Network & Disney.

This YouTube TV Guide will help you understand why YouTube TV is better than cable networks in several ways. YouTube TV also features local channels carrying ABC, CBS, FOX, and NBC. That’s not all, YouTube TV is the only live TV streaming service that offers PBS and PBS kids network.

Let’s be honest here for a moment, YouTube TV originals aren’t exactly breaking the viewers’ records. In terms of competition, YouTube TV doesn’t hold much competition for Netflix and Hulu when it comes to original shows. The biggest success YouTube TV had in their original programming was Cobra Kai that Netflix has picked up for season 3. That doesn’t necessarily mean that YouTube TV doesn’t have any good original shows. There are sci-fi thrillers like Impulse and music doc Coachella: 20 Years in the Desert.

However, YouTube TV recently announced that there won’t be any more originals shows in the future. YouTube has taken a step back from the original show’s game. Their main focus will now remain only on live streaming domination. Here’s a list of YouTube TV originals and Movies.

YouTube TV does have live broadcast and cable football coverage, still, YouTube TV may disappoint a lot of fans with its lack of NFL Network and NFL RedZone. The same goes for all the hockey fans who won’t get access to the NHL network.

This YouTube TV Review is here to let you know that the sports situation on YouTube TV isn’t all bad. You’ll get tons of basketball including the NBA TV. Baseball including the MLB Network, some soccer, and college baseball games. YouTube TV’s live sports coverage rivals most of the cable network’s packages. It contains all the channels that any of your upper-tier cable TV packages and when you think deeply about it, you aren’t missing out on a lot of sports coverage. Here’s a complete list of Live Sports Coverage Channels:

YouTube TV features as many local channels per region as Hulu + Live TV. That’s not all, the coverage is far better than other services like Sling TV or Fubo TV. The channel coverage greatly differs based on where you live.

You’ll either receive local stations carrying ABC, CBS, FOX, NBC, PBS, The CW, and Telemundo. If not all these channels then you are sure to get a combo of at least 4 channels. If you are aware of the most networks then you must already know that The CW is the least available broadcast channel on YouTube TV and all the live streaming platforms. But the truth is you’re not missing out on much by losing The CW. Almost all the programming available on the network can be seen through an on-demand feature if you don’t want that then you can get the CW application where it offers all the content for free. Based on how good you are with technology, you can go with either option. The YouTube live TV review makes sure that you understand everything before you buy the services.

If you and your family think there aren’t enough channels forte YouTube TV plans and pricing. The good news you can add on the channels and plans can be made better with the help of add-on packages. With the add-on packages, you can get the premium networks like HBO Max, SHOWTIME & FOX Soccer Plus.

It goes without saying that all the channels that you add-on to your plan come with an additional charge. Here is a small list of YouTube TV Live TV Channels Add-ons:

What actually makes YouTube TV one of the best Live TV streaming service is the features it offers. You’ve made it till here in this YouTube live TV review, stay a bit more and learn how YouTube TV is different from all its counterparts.

All the live TV streaming platforms have a DVR service and almost all of them are cloud-based. One thing no streaming service can beat YouTube in is the cloud DVR service. YouTube gives you unlimited cloud DVR service, yes you heard it right, unlimited cloud service. YouTube will delete all your saved data after 9 months. Still, it’s a generous space when you consider what other services are offering. You can record as many TV shows and movies as you want without the worry of running out of space.

Recommended  How to Fix Spotify Error Code 4 With Easy Steps

With this, you can stream your recorded programming from anywhere on your mobile device. The best part is that you can fast forward through all the advertisements, although some of YouTube’s on-demand programs don’t allow ad-skipping.

YouTube TV offers you three simultaneous streams across all the streaming TV devices, computers, tablets, and smartphones. The best part is that this counts within the same home network or any network you can find. Even if you are traveling outside of the USA. Unfortunately for you, YouTube TV can’t be accessed internationally.

YouTube TV content streams with a standard 2.0 stereo quality audio, this isn’t epic, but it isn’t bad either. We would love it more if it could stream content in Dolby Digital 5.1 surround sound but it isn’t yet available. Hopefully, it will be available in the near future.

There is one cool YouTube TV customization feature that isn’t easily available on any other streaming platform. You can customize your account by arranging channels however you prefer. YouTube TV doesn’t traditionally assign numbers to its channel list but it allows the users to do so. Based on the channels you love most and the channels you watch the least, you can assign the channels numbers.

YouTube TV also comes included with incredible search capabilities, as it is owned by the largest search engine named Google. Chances are, you know about Google’s capabilities.

Overall on YouTube TV review, YouTube TV has only a few shortcomings, but YouTube has certainly set a benchmark for all the Live TV Streaming platforms. Although YouTube TV has bumped up the price a bit it still is worth the price. We hope you enjoyed this YouTube TV guide and why you should choose YouTube TV.

Regardless of how great YouTube TV is if you still prefer a good old cable TV package then look no further. Club HDTV Specializes in finding plans that can fulfill your appetite for entertainment be it Fiber optical internet connection or Cable TV service providers. Regardless of where you live, we can help you find the best cable TV packages in your area.