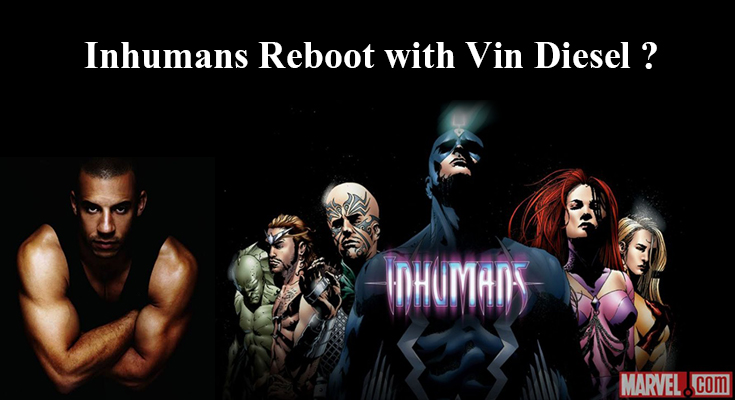 Will there ever be a day when we will get to see an “Inhumans” reboot in the Marvel cinematic universe? As of right now we only have rumours, but Anson Mount has given those rumours a little base to stand on. Anson Mount played the role of Black Bolt in the very brief Inhumans TV show that aired on ABC. he gave somewhat a statement regarding his feelings for Inhumans!

Anson Mount recently visited Dallas Fan Days convention as a guest and there during a panel the subject of alleged reboot for Marvel’s Inhumans surfaced. Although he is not in any way related to the show, shed some light on the topic.

“People might not know this, but in the sort of Hollywood trades, there’s rumoured to be a negotiation going on with Disney+ to reattempt this. And apparently… it’s well-known that Vin Diesel has always wanted to play Black Bolt, so there’s some kind of negotiations going on.”

With lots of upcoming TV shows on Disney+ MCU will have a huge presence on the small screen. Right now MCU has got its hands full with Falcon and the Winter Soldier, WandaVision, Loki And Hawkeye, these shows will directly connect to movies on a much larger scale. Netflix earlier tried to do the same with shows like Daredevil and Luke Cage. The rumours suggest that Inhumans will most probably take the same route if there ever is to be a reboot!

“I really want there to be another shot at the Inhumans, and I want it to be successful because I’d love to watch it. And I think it is the most interesting little corner of the Marvel universe, and I think it just has to be done, it has to have the right home, the right tone, and the right vision overall.”

Till now Inhumans could not leave a mark on the audience, the show had a bad trip ever since they released it in 2014 on ABC. The fans didn’t like the take on Inhumans and Anson Mount’s role as Black Bolt. Marvel announced an Inhumans Movie that going to hit the theatres this year in July! The show, however, wasn’t successful enough and after bad reviews and low ratings, they cut the show off after just one season!

Recommended  Is My TV Spying On Me? Can My Smart TV Be Hacked?

Where Does Vin Diesel Fit In?

Vin Diesel, the actor who already voices Groot in the MCU, had been hinting at talks to play Black Bolt in the movie. The movie never materialized for obvious reasons, but it is public knowledge that Vin Diesel has always wanted to play Black Bolt. For now, the rumours are just rumours and Marvel has got their hands full with a promising Phase 4 of Marvel Cinematic Universe, that will go beyond 2022. Phase 5 is already filing up with all the films fans expected to see in Phase 4 Map! Maybe Inhumans will get a seat in the plan for Phase 5. All we can do is wait!