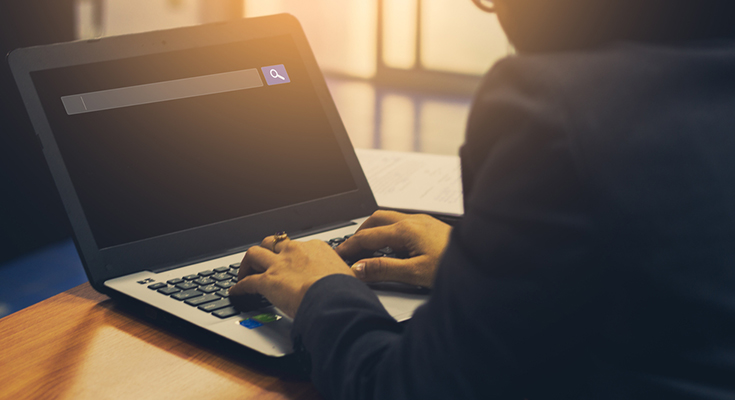 The phrase “Google it” has become a part of our day to day routine! Almost all of us tend to use Google whenever we need answers. No matter how small or big the question is. Google helps us access the information that’s available on the web as it is a search engine. There are a lot of search engines other than Google. Google has captured the market in such a way that most people don’t even know about other search engines. In this article, we have compiled a list of the most popular search engines and how they can help users find the answers they are looking for!

Google was Launched as a part of an experimental project by the founders’ Larry Page and Sergey Brin in 1996, the project was offered to be bought by Yahoo for 1 million dollars in 1999. Founders decided to carry on with the Project and now Google is the biggest name in the search engines list. Google is known as the biggest company in the world.

What is Search Engine?

Recommended  5G Internet Vs Fiber: Difference Between Fiber and 5G

Top 5 Search Engine in the World

This Search engine list comprises of search engines from all around the world. Some names you may have heard of and you will find some search engines other than Google that you had no idea even existed. Let’s start with our list of most popular search engines.

Google is the biggest and most used search engine in the world and no one should be surprised by it. Just to give you an idea of how powerful Google actually is, here are some stats related to Google.

The sole reason Google is so powerful is that both the founders understood the needs of corporate-related searches. Google was the first-ever search engine to start selling keyword related ads back in the year 2000. Ads appear on top of the first page of the search engine. Ever since then Google has been expanding its boundaries and offering users multiple benefits regarding ads to its partners. According to a report, the revenue earned by Google in 2018 was $116 Billion dollars.

Recommended  Why are Internet Providers Raising Prices for Internet Plans?

Google’s main competitor is Bing and it is owned by Microsoft. Bing only holds 5% of the search market share so it’s not that much of a threat to Google. This search engine (Bing) is the default search engine on all the Windows computers till you log in and switch to Google. Bing is the default browser and that’s the only reason it remains relevant. Currently, Bing gets 1.5 million unique visitors per day and almost 10 billion searches a month. Google gets this much searches in mere 2-3 days. Google and Bing have a lot of similarities and differences. You’ll understand when you start using Bing. Let’s keep on going with our list of best search engines 2020.

In the early days of search engines, Yahoo was the main competitor of Google in terms of traffic and Ads. Now things have changed for good, Currently, Yahoo holds less than 4% of market share and Yahoo is run by Microsoft, which means the result you’ll get on Yahoo will be as same as Bing.

Yahoo offers services such as email and fantasy sports and that’s the sole reason why it is still relevant and ranks on #9 Alexa Ranking on the list of most popular websites.

This is one of the top 5 search engines in the world. Baidu captures less than 1 percent of the global search market and it is widely used in China. As a matter of fact, it is the primary search engine in China. China is one of the countries where the internet is monitored on a regular basis and Google is not even accessible in China. Baidu is the fourth most visited site in the world solely because of China’s Enormous population.

Baidu is one of the small players in the world search engine market but it is the major search engine platform in the Chinese market. However, outside of China, no one even knows about Baidu. It displays results in Chinese and that’s why no one outside of china even tries to use it.

Just like Baidu, Yandex only operates in one country. Yandex.ru is one of the top 10 search engines in the world. It captures about half of the traffic in the Russian Federation. As for the global search market, it only takes a 0.5 percent share. Yandrex.ru doesn’t branch into other markets, it is just a search engine other than Google. In Russian markets, Yandrex.ru holds incredible value.

It went live in 2011 and collected over 1 billion dollars which is the largest public offering a search engine received since Google went public back in 2004. Yandex earns over $2 billion yearly revenue by selling ads the same way as Google.

This concludes our list of best search engines 2020. Google is the king and will be the king for a long time to come. It caters to users of all kinds and offers multiple products and services to elevate the user experience. Google is leading the search engine world and we’ll have to see how long it lasts.