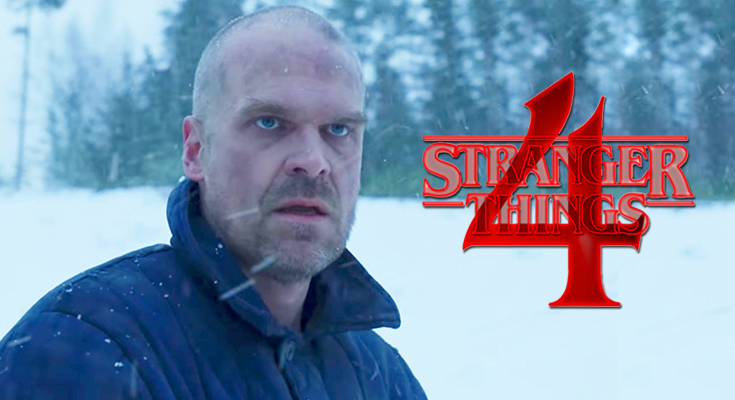 After almost a year and a half, the teaser for the most awaited show on Netflix has finally dropped and we can’t contain ourselves. While season 3 of Stranger Things 3 had left us with a feeling of heartbreak. Season 4 is finally here to get us out of that turmoil. Earlier last week the teaser for season 4 of stranger things has dropped and in just mere seconds it peeked our expectations and left us wanting for more.

That’s the magic the directors, Duffer Brothers have created. When the first-ever season of stranger things aired on Netflix all the way back in 2016. It became a global sensation. The cast and crew have worked incredibly to maintain a reputation for the show, and now the show has become a pop culture.

All You Need to Know About Stranger Things 4

After months of teasing after the end of season 3, Netflix finally confirmed the continuation of season 4 on September 30th, 2019. It was officially confirmed via all channels that Stranger things would return for another season. The best part is that Netflix has signed a multi-film deal with Duffer Brothers. This is on top of the one Netflix has already signed with Shawn Levy, who is a producer of the show!

The announcement of season 4 came with a video captioned as “We’re not in Hawking anymore” There’s already an official extended version of the teaser announcement where a clock plays more of a role! Could this mean we will see a time jump? This could mean that little Eleven won’t be so little anymore!

Recommended  DirecTV Vs. Cable TV: Which One Is The Best

One trusted source has claimed that the filming for Season 4 stranger Things is to start on January 7th, 2020. We also know that filming would come to an end in the first or second week of August 2020. As always, the filming will take place in Atlanta, Georgia, USA. To save the show from spoilers, the show is being filmed under the name of “TARECO”. The reason is simple so that a crazy fan (like us) won’t crash into that set and click some photos that may end up revealing things.

Will The Season 4 Mean The End?

Chances are that season 4 is the last season in the saga! However, nothing is confirmed as of now! Shawn levy did, however, speak about the future of the show and where it is heading. He said:

“I mean I will say we have a good sense of stuff that happens in season four. Season four is definitely happening. There’s very much the possibility of a season beyond that one, that’s currently undecided. And what I would just say is part of the chaos and fun of this particular show is that while the Duffers and the writer’s room and we producers outline the entire season, the Duffers really use the writing process to revisit, reassess and question all of their prior assumptions.

So even though we always start off with a good sense of the major arcs of the season. We’re always ready for shifts and surprises because if the Duffers stumble into a different or surprising inspiration while they rewrite the script, we’re going to follow that inspiration and throw out some ideas in order to embrace some new ones that are more exciting. And I have no doubt that season 4 will be no exception.”

They confirmed it that season 4 will comprise 8 episodes, just like the first and the third season! The second season had one more episode, which brought the count to 9 episodes. On November 7th, the stranger things writers twitter account shared an image showing the name of the first episode and who’s writing it.

Episode 401- “Chapter One: The Hellfire Club” – Written by Duffer Brothers

How Excited Are You for Stranger Things Season 4?

Stranger things 4 will release on Netflix in September but an exact date has not been revealed yet. How excited are you are for the Stranger Things Season 4? Hopefully as excited as we are! Share some cool Stranger things facts in the comment box and amaze us!