Most Expensive TV Show Set to be Launched by Amazon Prime 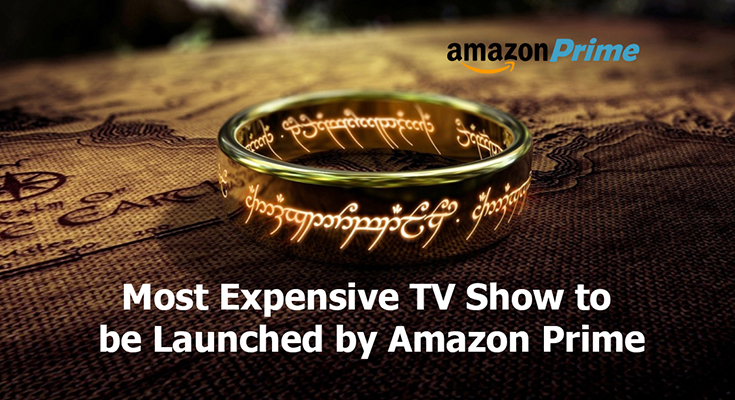 Probably the best fiction movie of all time is all set to hit the small screens! According to Amazon Prime, Lord of the Rings will return to New Zealand with its Amazon TV series.

It is said that the series will be the most expensive show ever made; The series has a budget of £660m, which is over three times the amount of what the original trilogy of film cost. The price tag makes it the most expensive TV show in history, as claimed by The Hollywood Reporter.

The series is already said to go at least for 5 seasons. Amazon was originally in a bidding war with Netflix for the rights of the novels. Amazon won the battle, but the contract requires amazon to start the production within two years and run the show for at least 5 years, that’s why a 5 season commitment was made!

Where it’s Going to Happen?

One of the most alluring parts about the LOTR trilogy was its locations and the mesmerizing sceneries. That’s why the movie will be set in New Zealand, where Peter Jackson’s first three films were shot and made. The second choice for the location was Scotland but was soon dropped. Scotland seemed like a strong option at first, but uncertainty over Brexit was the sole reason New Zealand was chosen instead.

How Long Will the Wait Be?

The most expensive show ever made will most probably begin filming in the coming months at three different locations across Auckland in the North Islands. This deal is said to be a huge triumph for the New Zealand film industry & Government, which has been negotiating a deal for months with Amazon.

Recommended  Netflix vs. Hulu: Which Streaming Service Is The Best?

Who will be The Chosen Ones?

Reportedly the TV show will be set 3,441 year period before the events of The Fellowship of the Ring. As of now, there has been no solid update on the cast but Black Mirror star Will Poulter was recently cast as one of the first and the lead in the latest series.

I’m sure till now all the LOTR fans are excited to binge-watch the show. Even if you don’t have amazon prime subscription you can enjoy the show easily! With the help of great internet speed, you can download the episodes as soon as they hit the screens. You can find awesome Internet Packages at ClubHDTV. It is a one-stop-shop for all those who are looking to get great deals on HDTV streaming & internet packages.

previousCompare the Best Cable TV and Internet Provider’s Packages!
nextDirecTV Vs. Cable TV: Which One Is The Best