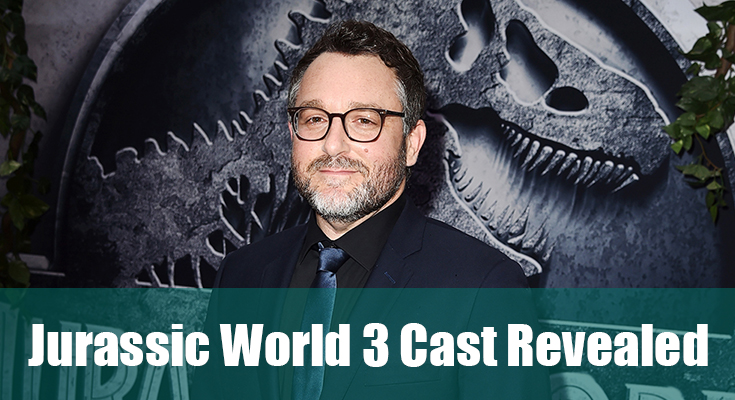 Just recently it was confirmed that the original trio of Jeff Goldblum, Sam Neill & Laura Dern will come back for Jurassic World 3 as their old characters. Director Colin Trevorrow broke the silence about rumours. This is the first time in 25 years that these characters will reunite and as it turns out he’s put a lot of thought into the idea and execution!

Jeff Goldblum briefly returned as his character Malcolm in Fallen Kingdom (2018). We haven’t seen Laura Dern or Sam Neill in the franchise since Jurassic Park 3 released in 2001. Many fans wondered why the original trio didn’t return in Jurassic World.

Here’s what Colin Trevorrow said in an Interview

“We’d have had to come up with a reason why Ellie, Malcolm and Grant all went to the theme park on the exact same day it broke down, again. The next film allows the legacy characters to be a part of the story in an organic way. Emily Carmichael and I call it ‘Jurassic Park VI,’ because it is.”

Sources told us that Emily Carmichael (Pacific Rim: Uprising) will be co-writing the screenplay with Colin Trevorrow. Colin Trevorrow has not called Jurassic World 3 Jurassic Park 6 for the first time he has done it before. We are not sure if the name will squeeze its way into the official title; all we can do is wait and watch. But with Alan, Ellie & Ian all coming back, it would make all the sense in the world to bring back the Jurassic Park branding.

Recommended  Disney Plus: A Whole New World of Streaming Service

As for now, why is the trio being reunited now after all these years? As we saw in the last movie, the world has changed a lot and after the “Battle at Big Rock,” we all saw what is it like to have dinosaurs living alongside humans in the real world. These three characters will have something to say about that in the movie. Colin Trevorrow explains that it’ll be a collaboration with the actors. Colin said:

“You start asking the most basic questions: who are these people now? What do they make of the new world they’re living in, and how do they feel about being part of its history? Ultimately, it will be in collaboration with the actors. They know and love these characters. We’ll do it together.”

DeWanda Wise (She’s Gotta Have It) and Mamoudou Athie (The Front Runner) were signed in as lead roles in the upcoming movie. Fans believed that recasting the whole cast for a Dino centric movie is not a wise decision but Jurassic World & Jurassic World Fallen Kingdom earned 2.17 billion together. Looks like the filmmakers are trying to make things full circle with another 3rd movie in the series just as Jurassic Park 3.

What’s your opinion about all this?

We are very excited to watch the trio come back together once again. Jurassic was one of the best science fiction flick of its time and all for the good reasons! Will the movie turn out to be something epic or will it fail miserably? Only time will tell.