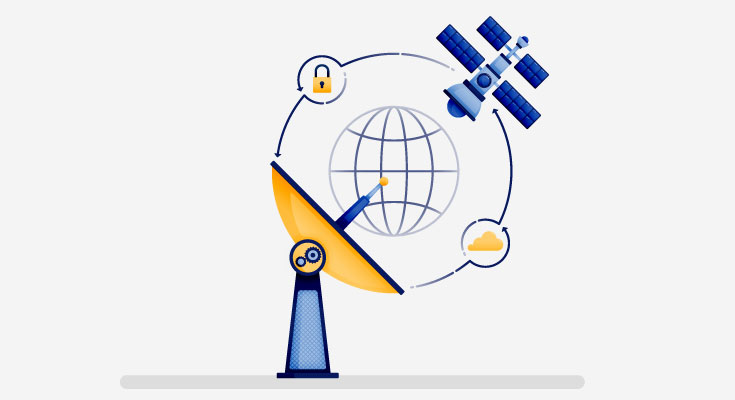 We don’t know anything about Starlink, but according to some beta testers, the speed will be faster and prices will be lower.

Here’s a basic comparison of HughesNet and Viasat:

Just like any other technology, satellite internet has come a long way. Now there are satellite internet plans that can offer speeds up to 100 MBPS. If you want to stream Netflix, download, and upload content then you need fast speeds.

If you love online multiplayer games, you can’t do it on satellite internet as it offers high ping and latency. If you want a low ping and a constant speed, other internet options will be better for you.

DSL Internet is generally slower than satellite internet service. Based on your location and the internet provider, DSL offers you 5-100 MBPS speed. If you have access to a DSL provider with modern tech, results may vary.

The last option is fiber internet service. All we can say about fiber is that currently, it’s the king of all internet services. If you have access to fiber in your area, don’t even think twice about getting it.

How to Choose The Best Satellite Internet Plan?

The first things that you need to consider while choosing a satellite internet plan are speed and cost. Even if you want to get the best speeds, if you don’t need them you’ll just be overpaying.

Make a list of your internet needs and then pick a speed range. Slower speed plans will be ideal for basic activities such as checking for emails, browsing the internet. If you want to stream Netflix then you’ll need plans with higher speeds. Although, even at the best satellite internet speeds, you won’t be able to stream Netflix at 4K. But, let’s be honest, who can actually tell the difference between 1080P HD and 4K Streaming on a laptop?

Here’s an insight into the equipment needed: