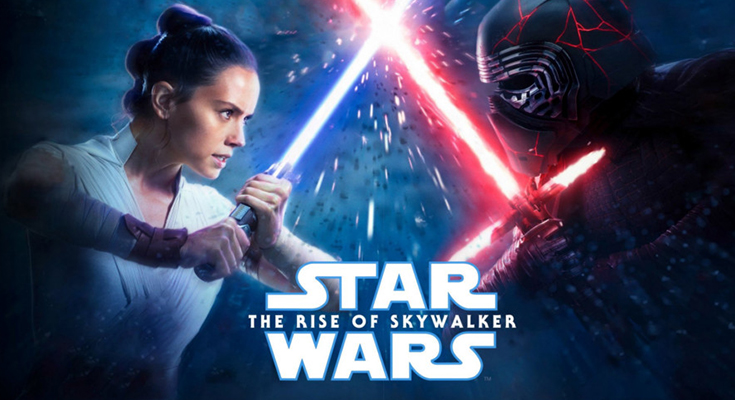 With less than 2 months to hit the big screens, The Rise of Skywalker is already riding high on the hype horse! Daisy Ridley revealed that there’s one particular scene in the movie that left the crew in absolute awe! Ridley is out doing early promotions for the highly expected film. Daisy Ridley is trying her best not to reveal any information regarding the film, as this is the most probably the last film the last installment in the 42-year-old saga!

When asked about her favorite scene in The Rise of Skywalker, Daisy Ridley confidently answered. It seems like she expected the question and already had a scene in her mind. She gave all the details regarding the questions; she told exactly where the scene was shot and how it made the cast and the whole cast feel.

Ridley Said This About Her Favorite Scene:

“It was our last day shooting in Jordan and the natural light was fading. And it was so exciting. It was just a short scene, we filmed very fast, but the crew was shaken in a way I had not seen before. And I thought, ‘My God, if this is people’s immediate reaction when the scene isn’t even ready, imagine what it will be like to see it in the movies, with the John Williams soundtrack and all that.’”

Director J. J. Abrams shared the image of the last day of shooting. The photograph captured Rey, Finn & Poe, in a shared embrace. It’s still not clear if the characters were still in the scene but they were wearing their costumes. It is more likely that it involved them in the scene when the image was captured.

Recommended  TV Streaming Guide 2021: Why You Should Cut the Cord?

What Scene Shook The Entire Crew?

Once asked further about the scene that shook the whole cast, Daisy Ridley said she could reveal nothing further regarding that scene. Daisy Ridley also cleared some rumors about “Dark Rey”. there have been rumors flying ever since the first trailer dropped. She said, “It’s fun to play someone’s best version, and hence the worst. It’s an amazing thing to do as an actress, but we can’t do it often,”. She also added that “I cannot tell, but I felt very good. That’s the most I can say, unfortunately.” Seems like we’re gonna have to wait 2 months to see for ourselves, how the epic saga ends.

When Will The Rise Of Skywalker Hit The Screens

The Rise of Skywalker will open on big screens on December 20th and 19th for early premier night. Pre Tickets sales are already breaking all records, so if you Wanna see the movie as soon as it comes to theatres near you, the better book your tickets now!

11 Comments on “Daisy Ridley Hints About a Scene In Star Wars That Left The Crew Shaken!”