What is the Best Way to Watch the NBA Online? 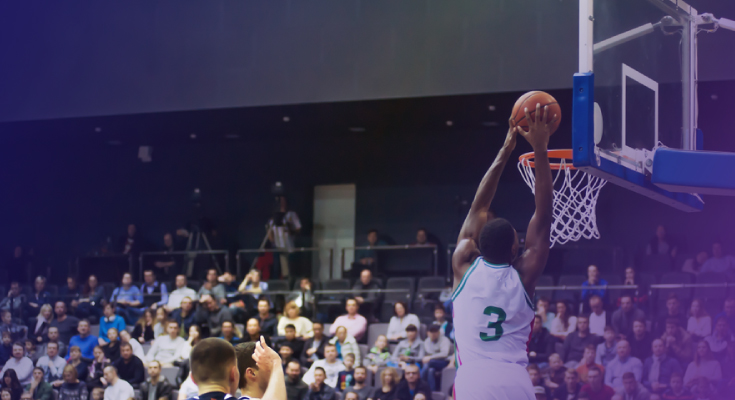 When you watch NBA league pass online stream you can watch every single game of the whole season. If you don’t wish to put your money on best ways to watch NBA online then we can also suggest you a wider TV coverage and if you are a cord-cutter than few of the best way to watch the NBA will really appeal to you!

We have compiled this list based on all the factors that might go along with how to watch NBA on Dish and other options. Let’s go forward with the list and explore all the options on the best ways to watch NBA online.

We are pretty sure that you already know all the channels on which you can watch the NBA. If you don’t know how to watch NBA on Dish then you’re gonna need channels like TNT, ESPN, NBATV, ABC, and TBS.

Dish’s America’s Top 200 package comes with all these channels included. As Dish is a satellite TV company so you won’t experience any glitches or Quality drop during the NBA game. It is a little expensive at $79.99/per month and you have signed up a two-year contract but the coverage area and reliability of services might be worth the price.

NBA league pass costs around $28.99/mo or $199 per season. The reason to get the NBA League pass with Dish is only that if you don’t get any channels with Dish Top 200 packages you will get them with NBA league package.

PlayStation Vue is one of the best options for all the cord-cutters who are looking for the best way to watch the NBA. Needless to say that you need a high-speed internet service to watch NBA online. It’s highly affordable and got some brilliant features and absolutely no commitment. Let us make it clear, that you don’t actually need a PlayStation device to access PlayStation Vue. PlayStation Vue’s basic package starts at $49.99 per month. We suggest you get a better package as it will offer you a better range of channels. For $54.99 per month, you can get all the core channels with which you can NBA games like TNT, NBA TV, TBS, ESPN, and ABC. Similar to all the streaming services, ABC availability is based on location so you should check if you are in the area or not!

PlayStation is the best way NBA league pass online stream, as it offers unlimited DVR and five simultaneous streams. So you can record as many games as you like.

Sling TV is one of the most affordable options to watch NBA online league pass. With packages starting at just $25 per month and Sling TV offers a 40% additional discount on the first month.

Recommended  Best Games to Play During Coronavirus to Keep Yourself Relaxed

The price is obviously awesome but the packages can be a little confusing for people. You need to check up on each plan to learn which packages offer you which channels. We suggest you start by choosing the basic Orange package which includes TNT, ESPN, and TBS for $25 per month. Just add $10 and you get the sports extra package and you’ll get the NBA TV.

Sling TV doesn’t offer a lot of local channels but it offers you an antenna with your subscription. Once this antenna is set up, you should be able to get ABC on your TV service. Sling TV is one of the way to watch the NBA.

AT&T TV Now’s base package starts at $55 per month, and it lets you watch the NFL games on all four broadcast network like ABC, CBS, Fox and NBC plus ESPN.

Unfortunately, that’s not an option any more, even with pricier plans, to get either the NFL Network, NFL Red Zone, or NFL Sunday Ticket. AT&T TV Now subscribers can get NFL Sunday Ticket. With this service, you can stream live out of the market NFL regular season games each Sunday. It is one of the best way to watch NBA games online.

If you like watching NBA games on CBS, the company’s $6 per month CBS all access streaming service is your option to go. It offers access to users to the complete CBS NFL football season which makes it one of the best way to watch the NBA. One thing that you need to keep in mind, CBS All Access will be re-branded as Paramount+ early next year.

Recommended  Online Gaming Statistics 2020: How Gaming Is Changing The World?

Among the scheduled games on CBS a traditional Thanksgiving day game, AFC wild card and divisional AFC Playoffs, and the AFC Championship game. Users also get access to a lot of few NFC crossover games. Once you get CBS All Access, you won’t have to ask yourself how to NBA league pass online stream?

Thanks to a new deal that runs through 2022, you can now stream games om mobile devices, something that had previously been exclusive to Verizon cellular customers.

All the options we mentioned above will help you get NBA games whenever they become available to watch again! The Dish is the best option according to us except the price factor, you get everything under one price. In some areas, you don’t even have to purchase NBA league pass with your Top 200 plan. But you’ll have to wait till the season resumes again, as it is suspended currently because of Coronavirus Pandemic.

previousFacts About Netflix that Everyone Should Know
nextHow to Protect from Cyberbullying: Ways to Keep Your Child Safe Online