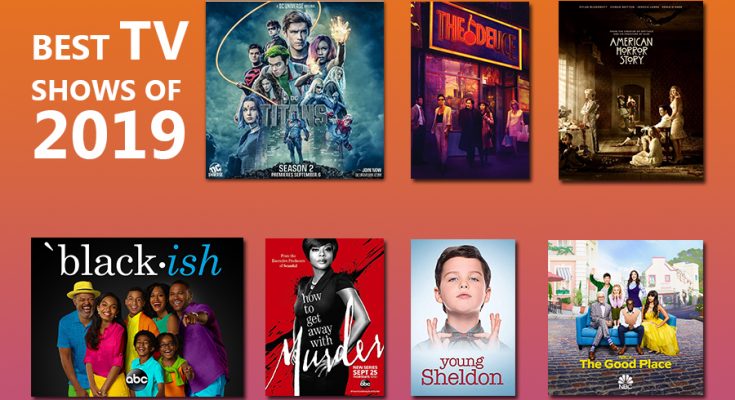 Every new year bring new shows and new seasons of fan favourite shows and we end up facing a huge pile of TV Shows to finish in a limited amount of time! 2019 has proven itself as a great year for all media lovers!

Below are the Best Binge-worthy Shows of 2019

Titans: When it comes to superheroes Dc universe hasn’t had much success on the big screen! DC’s Titans, however, has hit the mark this time. The series is based on a group of young superheroes led by Nightwing (earlier known as Robin, Batman’s famous sidekick). Together they try to save the world from multiple forces that want to end it. The show as of right now seem to be embarking closely in the footsteps of DC comic. You can easily stream the show on multiple streaming services. It takes almost 8 hours of commitment to watch the first season of Titans.

Set in the 1970s America, full of glamour, glory and Drugs! The main cast of the series Maggie Gyllenhaal and James Franco are like cherry on ice cream. The Golden Globe-nominated show truly transports the viewers to a  side of  America which most people are unaware of! The direction, the cast and the stunning storyline is enough to put the show on must-watch club. You can stream the show on popular streaming services like Amazon, HBO Now, Vudu etc. The average watching time per season is 8.5 hours.

Heading into its ninth season with its head held high, American Horror Story is definitely one of the favourites of fans and critics alike! This series isn’t like all the other horrors shows out there, the show is made in an anthology-style. Previous seasons featured haunted houses, crazed killers, vampires and every manner of supernatural entity. American Horror story is a  treat for all the fans of supernatural genre shows! Average time for each season is approximately 10 hours, you can also stream the show on all biggest streaming services.

Recommended  Pandora Music Streaming Service: All You Need to Know

Anthony Anderson starring as  Dre Jhonson, a black Upper-middle-class family man living in a white neighborhood, school and culture trying to teach his kids a  sense of black identity! This fan favourite classic comedy show is back with another season to tickle our funny bone! Creator Kenya Barris is one of those writers who know how to get a laugh out of anyone! Looking to binge a comedy show? This is the best option for you! Season 6 premieres on last week of Sept on ABC. Average watch time per season is around 10 hours!

Ever since the show first aired it has kept fans entangled with a brilliant sense of creativity! The Good Place gives afterlife a whole new look and meaning. Kristen Bell stars as Eleanor Shellstrop, who due to some confusion ends up in the “Good Place”, a Utopian heaven for those who lived their lives trying to serving others! But the twist is just mind-boggling! The show is perfect for all those who are looking for some light comedy with a hint of suspense and thrill! The commitment for each season is approximately 5 hours!

How to Get Away With Murder

American suspense thriller show is back again with another season of TV. Viola Davis starring as a criminal defence attorney and a professor teaching young law student. The show takes a spin when Annalise Keating (Viola Davis) gets caught up in murder mystery herself! How to Get Away With Murder is just perfect for all the mystery lovers out there! Best part about the show is Viola Davis’s acting which won her an Emmy! This show is truly a treat! Average run-time per season: 11 Hours.

Still not over the Big Bang Theory? Every wondered what weirdly genius Sheldon Cooper must have been as a child? Well, now you don’t have to wonder. Young Sheldon revolves around the life of “A young Sheldon and his Family”. Experience the brilliant performance of the whole cast on your own! Take a look inside the mind of a 9-year-old Sheldon and enjoy the comedy!

What does it take to stream the Best TV Shows of 2019 effortlessly? A lightning-fast internet connection! Head to ClubHDTV and choose the best Internet or Cable TV plans for you! We help you find the best solutions for your internet and Cable TV needs! Stream Happy!