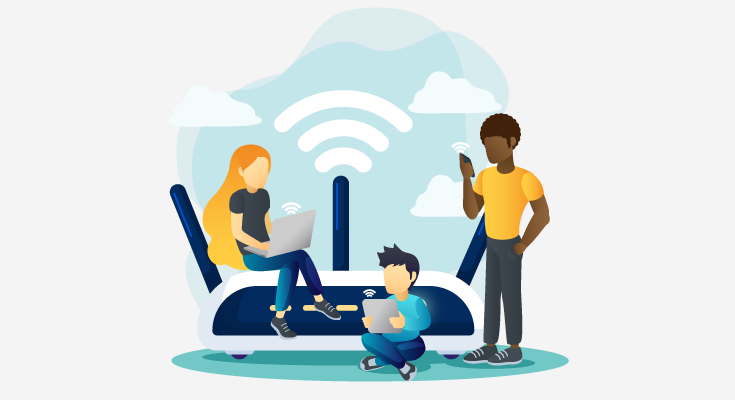 Let’s dive into this review of the best satellite internet services.

If you want high internet speeds at relatively low prices, Viasat is the best option for you. Its plans come with more significant data allowances compared to HughesNet. Moreover, it’s more readily available compared to Starlink which tells new customers that they won’t be receiving services until 2023.

But if you want internet services for very limited usage, then there’s no point in spending money on Viasat. You can get HughesNet plans for cheaper, and they can fulfill your data consumption needs. If you live in an area that’s currently being served by Starlink, you may easily be able to get satellite internet service without any data throttling and incredibly high speeds.

Recommended  How Can You Combine Two Internet Connections?

Every Viasat and HughesNet plan comes with a fixed data allowance. Once you consume your monthly allotted data, you will experience slower speeds. This happens as Viasat prioritizes customers with remaining data compared to those who don’t have any data left.

However, Starlink offers unlimited data for now, but it can change at any given time. If you can get Starlink satellite internet in your area, you won’t have to worry about your internet slowing down regardless of how much data you consume. Although, you will have to worry about sudden network drops as Starlink goes on maintenance every now and then.

In 2018, Viasat came into the news by announcing that they’ll be establishing a new Viasat satellite internet download speed of 100 MBPS. It doesn’t sound like much, but that’s more than twice the internet speeds offered by satellite internet providers at that time.

Viasat is now planning to change the game again by using high-capacity satellites that will provide high-speed internet service all across the nation. They also claim that they’ll be able to offer internet service to the rest of the world. If they can stand true to their claims, they’ll become the one and only provider in the world capable of offering high-speed internet service. Especially until Starlink is completely operational. Their high-capacity satellites will allow Viasat to compete with Starlink in the long run.

If you’re looking forward to buying a Viasat internet plan, you should know that they cost twice what you’ll pay for a DSL or cable plan. Plus, the satellite’s signal strength to your home will decide whether or not you’ll get a full 100 MBPS.

Recommended  The Hidden Cost of Cox Cable: How Much Should You Actually Pay?

And while Viasat’s satellite tech is pretty good, data transmission speeds still remain their biggest challenge. As data has to travel from your home to the stratosphere and then travel back, there’s bound to be high latency. If your goal is to stream HD movies over satellite internet service, we should tell you that you’re in for a frustrating time.

Viasat labels four of its plans as “unlimited”, make sure to not get fooled by the labels. Even if you have an unlimited plan, you will need to keep track of your data usage. When you consume a certain amount of data, your speed will be reduced to prioritize other users. While you won’t have to pay any overage charges, you will have to sit through annoyingly slow internet speeds.

Also, even though you have to lock in the price with a two-year contract, Viasat will still increase your plan price after the first 3 months. The Unlimited Platinum 100 Plan, which already costs you $150 a month, will cost you $200 per month after 3 months.

Even though Viasat has these limitations, it still beats out HughesNet in terms of speed and data allotment. And unlike Starlink, Viasat already has an established hardware network to cater to the needs of the consumers.

If you want to spend less on a satellite internet service then look no far than HughesNet. Obviously, you won’t get the same level of speed and data as Viasat, but it’s good enough for casual internet users. Moreover, HughesNet’s plans are $10 cheaper than Viasat.

HughesNet has one more thing better than Viasat, which is transparent pricing. HughesNet satellite plans aren’t something special, but they do make clear what you’re paying for.

The name of the plans are titled and prices are based on how much data you’re getting. The more data you want, the higher prices you’ll have to pay. Also, the highest download speed offered by HughesNet is 25 MBPS, so choose your plans carefully.

Unlike Viasat, HughesNet clearly states that once you consume your allotted data limit, your speed will come down to 1-3 MBPS from 25 MBPS.

Similar to Viasat, HughesNet satellite internet plans come with a 2-year contract. Although, you still have to suffer through the price bump after 3 months. That’s one more small but positive check in the HughesNet column.

There’s no doubt about it. Once, Starlink is completely operational it’ll blow other satellite internet services out of water. The specs of internet service speak for themselves. You get fixed rates, high speeds, no data caps, and no data throttling. What more can you ask for?

Unfortunately, most consumers can’t even try out the service today as it’s not available across the US. If everything goes according to the plan, it’ll be available nationwide by 2023.

Do keep in mind that Starlink is prone to outages as it requires a lot of maintenance. Currently, Starlink isn’t the most ideal provider you can choose. While Starlink’s speeds are impressive, they aren’t stable all across the nation. The speeds you’ll get will depend on where you live, which is the case for all satellite internet providers.

On paper, Starlink sounds and looks like a great option, but it’s safe to be worried about the performance it’ll offer.

Now you know all you should know about satellite internet providers in the USA. While Starlink shows a lot of potential, you can’t be sure of its potential until it goes up and running. Till Starlink earns some miles, we recommend you use Viasat satellite internet for your rural area internet needs. 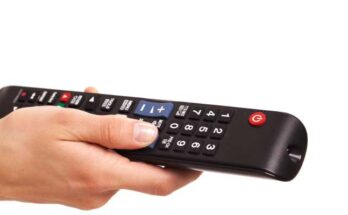 How to Program an RCA Universal Remote – Step by Step Guide

RCA remotes can be challenging to use for most users. If you’re facing this same kind of problem, then this is the right type of guide for you. If you’ve …

Best Internet for Rural Areas in 2022

How Can You Connect iPhone to Your TV?

How to Program a DISH Remote: Step-by-Step Guide