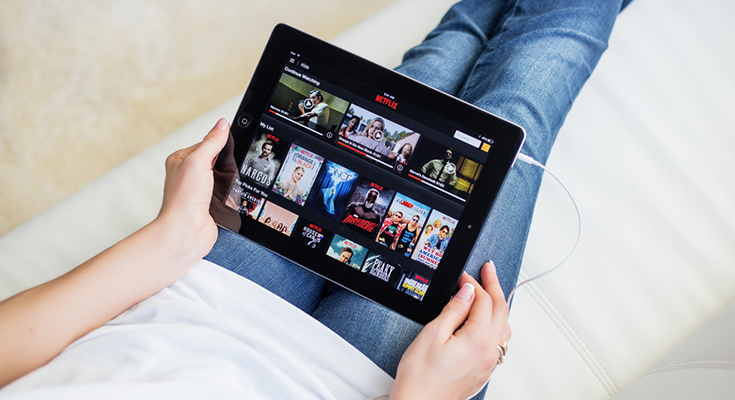 Cable TV service gave birth to something great. The ability to record your favorite game, TV, or Movie so that you don’t miss it. DVR boxes have evolved much more since the time they first hit the shelves. Earlier, you could just record one or two episodes. But that has changed now, with the help of the latest technology you can easily record multiple HD movies, full seasons of your favorite shows and still have space left for a sports telecast.

Until recent times, the lack of a DVR facility stopped consumers from shifting to Streaming platforms as they cost much less and are convenient when compared with cabled TV Services. But most of the TV streaming services now offer you the facility of recording TV shows and movies you know you will miss.

No. You don’t have to carry a huge DVR box with you every time you want to record something. Cloud Digital Video Recording (DVR) saves your TV shows and movies in a data center instead of a physical set-top box. Now almost every Live TV streaming service offers the recording facility with their plans.

There are a few top class options to consider for live TV streaming services. We have assessed them based on price, whether it includes DVR service. Storage Space, whether they have an ad-skipping option?

When Sling TV came into existence, its DVR feature was not consumer-friendly at all. Since then, Sling TV has made great improvements towards its DVR features. Lots of consumers have agreed that Sling TV is a great option to stream and live TV. The DVR cost is low, and it’s worth paying.

Recommended  Will The Rise Of Disney+ Bring Back Inhumans With Vin Diesel As Black Bolt?

Sling TV offers great DVR services, but if you have a huge media appetite, then the 50-hour limit might not be suitable for you. Plus, the restricted recording of Disney owned channels might disappoint you. That means you can’t record sports programmed on ESPN. You get a free 1 month trial for the service if you are just trying Sling TV. After one month, your credit/debit card gets charged automatically.

Hulu made a name for itself in the live TV streaming service market. Hulu’s DVR service is included in the classic “Hulu + Live TV”  package. Hulu is a little costlier than Sling TV. Hulu has a brilliant customer-friendly interface and navigation. If you really want to feel the power of Hulu’s services, then you will have to pay $15 extra for a premium plan. Most users will call this plain stupid, but those who opted for the premium services never complain about paying an extra dollar. If you wish to try out the service before paying upfront, then Hulu offers you a week of free trial.

YouTube TV has had mixed reactions ever since it popped up into the market. Now, YouTube TV is finally making a name for itself among the giants of Live TV Streaming Service. DVR facility is included with YouTube TV regardless of the plan you choose. The best part about YouTube TV DRV is that you get unlimited recording hours. It seems too good to be true right? Well, the downside is that your recording expires after a 9-month period.

Most people won’t care if their recording expires after such a long time, so YouTube TV feels like a Win-Win situation.  YouTube TV offers you’re a 5-day free trial. Keep in mind to cancel the service before you get charged for a full month.

Let us break the myth that PlayStation Vue is just for Playstation users. Yes, it may appeal to them but you can take benefit of the service on any streaming device you have.

Just like YouTube TV, PlayStation Vue also offers you unlimited storage, but the saved shows and movies only last 28 days. The expiration window is tiny, and that’s the only reason most people don’t go for the streaming platform. PlayStation Vue also has a heavy restriction on the number of channels you can record. If you are looking forward to recording local channels, then you will prefer some other Live TV streaming service.

The Best DVR in Streaming Services

This change in DVR services offered by Live TV streaming services has pushed people to cut the cord. The unlimited recording service is just brilliant for all those who love procrastinating. Which DVR service is best is a question based on choice. It depends on what is important to you? Huge channel Line up? Unlimited storage? No expiration dates on Recordings or something else?

All the Live TV streaming services have their positives and negatives, it all comes down to you what you want to watch and how do you want it?

Recommended  Google Chromecast Review: Here’s All You Need To Know