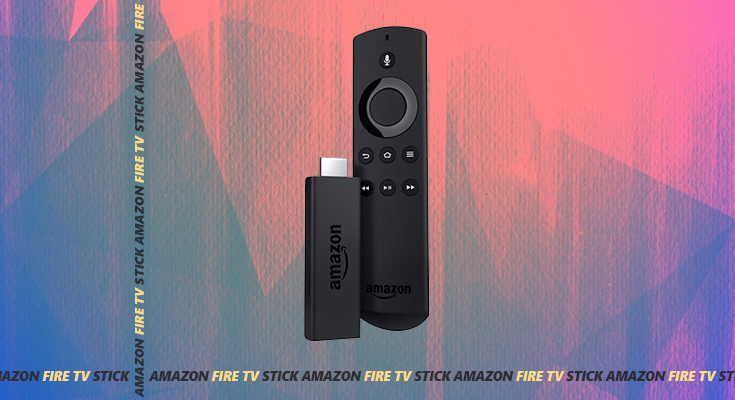 The Amazon Fire TV stick is one of the most highly recommended streaming stick and it is equipped with one of the best voice systems in the industry. If you have been searching for a new streaming option then chances are that you have already come across Amazon Fire TV stick. It’s an ideal media streaming service for Amazon prime video subscribers. Amazon Fire stick cheapest price is $39 and it is most probably worth everything you are getting with it. Here are the complete Amazon fire stick Pros and cons.

If you have used an Amazon Fire TV stick before then you must already be familiar with the design. If you haven’t then here’s a basic idea of how the stick looks. The dimensions are 85.9 x 30.0 x 12.6 mm and it is designed to plug straight into the HDMI port of your TV. If you think that the hardware is a little too big for your HDMI port then Amazon also includes short HDMI Cable to help it fit.

On one side of the stick, you’ll find a small USB port to charge your Amazon Fire TV stick. You don’t have to buy a power adaptor as Amazon already includes one in the box. The Amazon Fire TV stick may look the same on the outside, but a lot of changes have been made on the inside. Firstly, it’s WiFi has been upgraded from 802.11n to a faster version 802.11ac standard which allows you to buffer faster than normal. The CPU has jumped from Dual-core to Quad-core, The Dolby atoms have grown to 5.1 and the Bluetooth version has also increased to 3.0 to 4.1.

The specification that you should care about the most is the resolution and unfortunately, you won’t see any difference between the previous version of Amazon prime fire stick and the newer one. You still get the 1080p, non-HDR streaming stick. Google Chromecast has shown the users that a fire stick can easily handle 4K streaming. If you wish to stream 4K with Amazon Prime firestick then you’d have to invest more money to buy Amazon Fire TV dongle.

The biggest difference in design is the Amazon Firestick remote. All the buttons are at the same place except the voice integrated remote. Alexa makes up for the simplicity of the remote with the voice navigation feature. So basically, you won’t have to type anything with the keyboard as you can simply use the voice navigation. You can also use the Fire TV remote on your smart device for Amazon prime video.

Recommended  What is the Cheapest Way to Get HBO Subscription?

Amazon prime Firestick is one of the fastest streaming devices out there and it is pretty simple to use and navigate. However, most loading time depends on your internet connection and internet speed. The Amazon Fire TV stick with Alexa voice remote is easy to use and all those who haven’t used any streaming device can use it with ease. This is one of the reasons Amazon Prime Firestick is so famous among the users.

The only improvement in terms of performance is the voice-recognition navigation system. If you’ve used Amazon’s Echo speaker then you understand the accuracy of voice recognition. With the Amazon Fire TV stick with Alexa voice remote, the accuracy is the same. It will understand the show you are looking for every single time you talk into the remote.

There are a lot of things that we like about Amazon Fire TV Stick. The design is good and sleek and the user interface is crisp and snappy. It’s laid out perfectly for users’ ease, it’s the interface is what makes it one of the best streaming device on the market.

Once you get to the content you want to stream, the buffering is almost non-existent. The voice remote function is accurate and good for all kinds of users. Most of the streaming platforms are supported on the device like Amazon fire stick Netflix. But if you are a die-hard Amazon Streaming fan then this one is perfect for you.